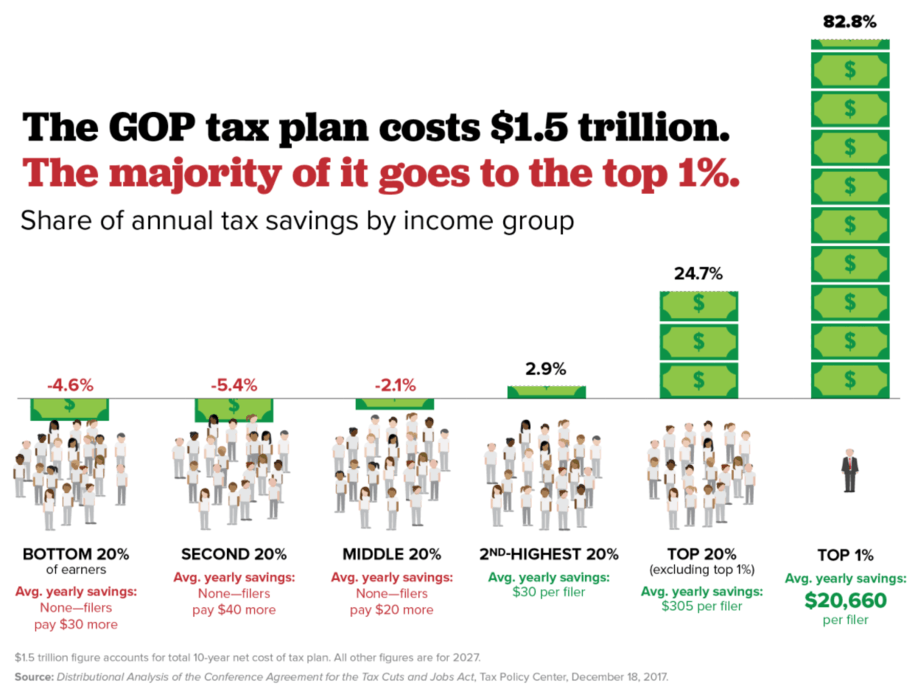 Remember just before the end of 2017 when Donald Trump signed into law the Republican "Tax Cuts and Jobs Act?"

Trump claimed he and lawmakers "reached an agreement on tax legislation that will deliver more jobs, higher wages and massive tax relief for American families and for American companies."

Now that tax-filing season has come and gone, millions discovered that claim, like the Trump presidency, was a scam.

Some who have seen substantial refunds in the past found themselves owing the Internal Revenue Service (IRS).

The IRS received 16.04 million returns in the last week of January, a 12.4 percent decline from the same week last year.

A demographic that found itself particularly trumped is students.

Thanks to an inconspicuous provision in the tax law, nearly 1.4 million low-income and middle-class college students and their families, and 15,000 graduate students, are now being taxed like trust-fund children, owing more on scholarship funds specifically intended for expenses like room and board.

Since 1986, scholarship funds not considered direct educational expenses, such as tuition and books, have been taxed under the "kiddie tax" that required children to pay taxes on earned income from salaries gleaned from summer jobs and unearned income from stock dividends and non-tuition scholarships.

President George W. Bush revisited it in a 2003 tax package.

In 2017, when the Ways and Means Committee approved the tax-cut bill, the Republicans that then controlled both houses of Congress included a report stating the tax bill "simplifies the 'kiddie tax' by effectively applying the rates applicable to trusts."

Before, a student hailing from a household claiming a joint income of $50,000 awarded a scholarship that covered $11,500 in room and board would be taxed at his or her parents' 12 percent tax rate.

Now, that money is taxed up to 35 percent.

Related Topic(s): Children; College; Economy; Families; Money; Money; Republican; Scholarship; Taxes, Add Tags
Add to My Group(s)
Go To Commenting
The views expressed herein are the sole responsibility of the author and do not necessarily reflect those of this website or its editors.