This post explores a particular nuance of the psychopathology underreported by the national media, and that has contributed to the dysfunctionality of American politics.

[A severely edited version of this article was initially published as a one page "On the Couch" column in USA Today (the magazine).] 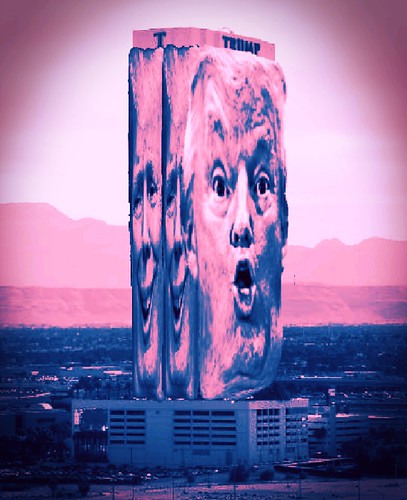 What to do when a federal official exhibits all the diagnostic traits of a psychopath? (While the official manual of that society's mental health providers lacks a coherent list of these traits-making psychopaths harder to recognize).

Worse still, say the society is also so politically polarized, that nearly half will support the official-regardless of their psychopathy.

In America we assumed we had a solution in place-an impeachment trial. But the toxic political polarization now suffered makes guilty impeachment verdicts in the senate nearly impossible.

And besides, political changes alone seem inadequate-as it often takes decades, generations, even centuries, before political solutions become psychologically internalized. (The Civil War ended in 1865-yet we're still arguing over the power of the federal government to lead the states; and still suffering the ravages of racial inequality).

And American psychiatry failed us when sociopaths and psychopaths were largely erased from its diagnostic manual by 1980 and have remained so ever since-as if both no longer exist. Yet due to the urgencies of global warming, we no longer have the lazy ease of generations and centuries before we become more objective, and wiser about the only planet we have-and what it now needs from us.

Gary Rosenthal studied at the Jung Institute-Zurich and is a licensed therapist, mediation teacher, and poet. His most recent book is Re-Visioning Narcissism: Healing Heresies for Polarized Time. His poetry titles include The You That Is Everywhere (more...)
Related Topic(s): Donald Trump; Donald Trump; Donald Trump Narcissist, Add Tags
Add to My Group(s)
Go To Commenting
The views expressed herein are the sole responsibility of the author and do not necessarily reflect those of this website or its editors.

How The Donald Lost His Teflon