As the world progresses to more developed economies. There is constant degradation of environmental resources, which in turn causes increased energy consumption, pollution, loss of biodiversity, and climatic changes. Since the cause of these environmental changes is precisely due to increased human activities, plenty of focus put into controlling, regulating, and replacing these harmful activities for a sustainable and socially inclusive future. 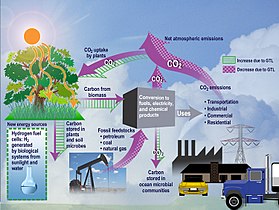 A green economy is one such concept that has surfaced as an effective and efficient way to advance economies without harming nature. Green economy puts more focus on achieving growth by transitioning to and adopting new development methods that follow low carbon emission, less pollution, biodiversity consumption, and increased efficiency of resources & energy. Although the concept is quite simple and useful but is until now far from the extent of economies still battling for the necessary amenities, here, the rental industry could be the possible alternative to steer the wind of development, keeping the environmental impact to the minimum.

Why is Green Economy Important?

Over the past few decades, population growth is on the steep-rise. This sudden burst in population growth has resulted in an increased burden on natural resources and has overwhelmingly exploited nature. The human influence has a furiously deteriorated environment causing soaring waste, resource scarcity, and widespread threat to environmental and climatic health. Hence, it has become critically imperative for governments to act and adopt a green economy for improving the quality of life and maintaining social equity. By utilising the all-inclusive green economy, the governments will not only able to drive sustainability but also can tackle challenges arising from urbanisation, climatic change, increased resource consumption, and economic volatility.

Transitioning to a Green economy while may sound acceptable and beneficial for the generation to come, but there are challenges in the way which made its implementation a pipe dream. Some of the difficulties in the shift to a green economy are:

Shifting to a green economy would require subtle changes in research and development sectors. Countries where R&D sectors are absent would need access to cleaner technologies. In the wake of IPR laws in place, states with low-tech innovators won't be able to function that relies on low-cost imitation to translate technology into real development.

2. Willingness to Invest In Research and Innovation

Investment is fundamental to a green economy. Without investing in research and innovation, no economics can envisage future technologies that embrace sustainable development goals. The capacity of the country to innovate and their willingness to invest in the high cost of research and development stays a key challenge in fostering the idea of a green economy.

According to the Intergovernmental Panel on Climate Change (IPCC), there would be more than a trillion-dollar of investment is needed annually to bring even the slightest transition from the current regime. In such an event, the governments need to make necessary adjustments in their trade law and policy to allow international investors to free flow. With a flexible law and policy, there are higher chances of investor certainty and, in turn, a more robust flow of investment in developing countries. But in lack of such provisions, Investment law proves to be a significant hindrance from a green economy perspective.

Commodity dependence is another significant factor that is a prime concern for green economy implementation. Many developing countries, such as Africa, the Middle East, and Latin America, are primarily dependent on commodity and agricultural export to support their economies. A gradual shift from this over-dependency requires structural transformation, expertise, technologies, and changes in the current regulatory regime. And, the pursuit of a greener economy would require diversification in economic activities which may or may not exist in the present system.

How Rental Industry helps in Transitioning to Green Economy?

Ashish Kumar is a content writer, digital marketer, and professional blogger. He loves to write and share articles on small business marketing, money, and finance. Currently, he blogs about money on his blog Heck Oh Yeah

Related Topic(s): Biodiversity; Energy; Environment; Green Energy; Nature; Pollution; Scarcity; Sustainability, Add Tags
Add to My Group(s)
Go To Commenting
The views expressed herein are the sole responsibility of the author and do not necessarily reflect those of this website or its editors.

How Rental Industry Could Be the Path to A Green Economy