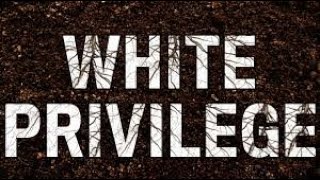 I don't share the interest many have in the reported mass shootings. However, there are wider issues associated with the shootings, and I do find these issues interesting. For example, mass shootings are a relatively new occurrence. I believe the first was in 1966 at the University of Texas when a former US Marine who was enrolled as a student shot a number of people from the university's clock tower. What caused this breakdown in moral behavior? We can't simply say that the shooter became unhinged or insane. There have always been such people. Had the Marine been on active duty in Vietnam and experienced mass shootings of Vietnamese? Did he decide to bring the horror inflicted by Americans on Vietnamese home to Americans? Did student protests against the Vietnam war in which he was at risk make him feel unappreciated?

Remember the 2016 Nice, France, truck attack on Bastille Day when a white delivery van was reported to have run over a large number of people. The only video we had of the truck's progress was a fuzzy one that showed little taken at a distance from a hotel balcony by the exact same person who provided the only video of an earlier reported terror attack in Germany. That the same person happened to be present with camera ready for back-to-back terrorist events in two different countries struck many as suspicious.

Suspicions mounted when it was reported that Nice city officials had video cameras on every corner, block by block, of the avenue along which the truck progressed, but were prohibited from releasing the videos by the central authorities in Paris who ordered the Nice officials to destroy the only evidence that clearly recorded the event.

Nice authorities resisted this order as it was an order to destroy evidence, which is a felony, but the evidence was never publicly provided. Many who followed the story justifiably concluded that the French government was hiding the evidence in order to control the story. The presstitute media, including the BBC, never expressed any interest in why the actual evidence of what happened was deep-sixed. The presstitutes reported as if the fuzzy video, which in fact showed no one being hit by a truck, much less the more than 500 reported killed or injured, proved the official story.

Thus, I understand that many wonder why the New Zealand government and the presstitute media are suppressing the shooter's explanation.

A long succession of poorly reported terror events, together with such blatant and obvious lies told by Washington and its NATO vassals as Saddam Hussein's weapons of mass destruction, Assad's use of chemical weapons, Iranian nukes, Russian invasion of Ukraine, Russia-gate, the lies about Gaddafi, Maduro the dictator starving his own people, and so on and on, have destroyed trust in governments and the media. People are accustomed to seeing high government officials of Western countries stand in front of a TV camera and tell the most blatant and obvious lies.

Terror is what the Western governments with scant protest inflict on Muslims. Perhaps the New Zealand shooter thought as everyone else was killing Muslims, he could also.

Another interesting question is whether left-wing and Jewish groups who work overtime to demonize white people, especially heterosexual males, have any responsibility for the New Zealand shooter's reported attack. Was it an act of frustration by a shooter provoked by the constant demeaning of his race, gender, sexual preference, and culture?

Jewish lobbies have largely succeeded in establishing Jewish Supremacy. In many Western countries it is, or borders on, a hate crime to criticize Jews and Israel. Scholars have even been imprisoned for correcting errors in the Holocaust story. In the US, Jewish lobbies have succeeded in having half of the states pass laws denying state government contracts to any business or person who participates or supports in any way boycotts of Israeli goods and services or advocates for disinvestment in Israeli companies. President Trump even cut off US aid to the Palestinians whose country has been stolen by Israel. It is considered antisemitism to even mention what Israel has done, and is currently doing, to Palestinians. Professors lose their university positions. Journalists get fired. Students are sent to sensitivity training.

This is real supremacy. White gentiles have nothing like it. Yet Jewish lobbies -- the very people who constantly complain about hate speech -- use hate speech to the full extent as they lead the movement to demonize white gentiles. Here is the latest "media advisory" from the Center for Jewish Civilization at Georgetown University.

Related Topic(s): Anti-semitic; Jewish; Propaganda; Shooters; White Male Privilege; White Privilege; White Supremacy; White_Light_Black_Light, Add Tags
Add to My Group(s)
Go To Commenting
The views expressed herein are the sole responsibility of the author and do not necessarily reflect those of this website or its editors.