Click Here to Remove All Ads
Republished from The Saker 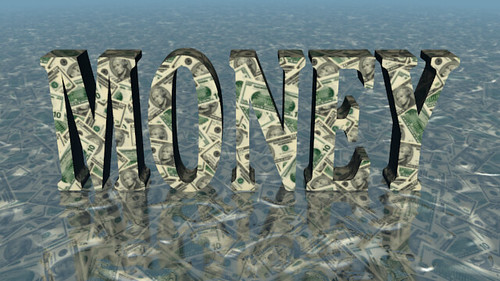 Because they are so ensconced in their little bubble and because they profit so much from maintaining the status quo, Western mainstream media pundits don't or perhaps can't admit how Quantitative Easing policies have so quickly and so radically changed the financial system of the West and their satellites.

I imagine that most everyone reading this is already aware of what has transpired economically across the West over the last decade:

As a pro-socialist who has no faith that capitalism seeks anything but inequality, I believe that creating and compounding these issues has been the unstated goal of Western policy over the last decade. But that's not the main point: what cannot be denied is that those ARE the economic results of the West's "easy money" policies i.e., QE and ZIRP (Zero percent interest rate policy) for the 1%, and austerity for the 99% (all coins have two sides).

Similarly, I imagine that everyone reading this is generally aware of what will happen should the West stop easy money: obviously, once artificial demand is no longer being fabricated then these assets will plummet in value, with huge ripple effects in the "real" economy. The West will be right back to dealing with most of the same toxic assets they had back in 2007, but now compounded by a decade of more debt, more interest payments, and a "real" economy which was made weaker via austerity.

None of that is really "news" to a smart reader" but it is "news" to many dumb journalists.

This 10-part series uses as its jumping-off point the 2018 book Collusion: How Central Bankers Rigged the World by Nomi Prins, a former Wall Street executive who saw the light and is now informing on the crimes of Western imperialism-capitalism. Prins gives a thorough and chronological account of central banker doings in key areas Mexico, China, Brazil, Japan and Europe ever since US banker crimes set off the Great Recession in 2007. The essence of her thesis is that the US orchestrated collusion among the central bankers of many of the G20 economies and the Eurozone primarily in order to save busted US banks, and then also to maintain the 1%-enriching neoliberal policies of QE, ZIRP and no-strings attached bailouts.

What Prins keenly demonstrates is that since 2007 Western nations have continuously handed off the baton of QE and ZIRP between each other.

By coordinating on that policy, central bankers have effectively kept the 1% so awash in easy money and inflating assets that the 1% no longer cares that central bankers in a foreign country are manipulating the government where they live. This is what "globalisation" truly means in capitalism; it is very different from the socialist concept of internationalism.

It's very simple for Prins to prove the G20 central banker collusion via the one thing the Japanese didn't think of first (they created both QE and ZIRP) temporary bilateral liquidity swap lines. It sounds complicated but it is easy to explain, and easy to understand their impact:

At the start of the crisis the US pushed the G7 banks, Switzerland and Scandinavia, and then other G20 banks, to create lines of credit with each other which allow them to move money to any place/nation where there is the mere potential of a volatile event which could create a negative impact on the stock or currency markets. This represents hundreds of billions of (taxpayer) dollars which essentially ensures that stock & currency markets never have to feel pain again: whether it is bad concrete economic data, or Fukushima, or Brexit any major dip is now met with artificially created money which will fortify the position of the 1%.

These can be thought of as the junior versions of QE, and are no longer "temporary" bilateral liquidity swaps are now a permanent feature of the Western banking system. Therefore, it doesn't matter where new money is printed, only that it IS printed it will go to prop up the 1%'s markets anywhere the West has its tentacles.

Thus, there is no real "market force" anymore "just central banker force". Their only goal is to perpetuate the status quo, not to improve the status quo, which is of course the essence of right-wing/anti-socialist/conservative ideologies.

There are no debt swaps for when you or I lose our job, but the 1% are "too big to fail". However, what is even bigger than debt swaps are governments.

It's not the inflated numbers but the source of the credit which is scary: the bond market

Prins quotes Bank of England leader Mark Carney in 2015 to illustrate this point: "As I wrote to G20 Leaders, the structure of (the) financial system has changed significantly since the crisis. Virtually all of the net credit since the crisis has been from the bond markets and the size of assets under management has increased by 60% to $74 trillion."

Related Topic(s): Bankers; Eurozone; Financial Genocide; Financial Meltdown; Money, Add Tags
Add to My Group(s)
Go To Commenting
The views expressed herein are the sole responsibility of the author and do not necessarily reflect those of this website or its editors.