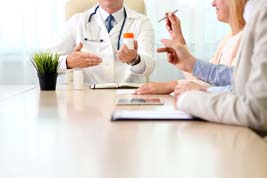 Once again Pharma has invaded the news, proclaiming that many people suffer from mental illness and the accompanying "stigma." Why even Jane Pauley had mental illness says today's news cycle! So you probably do too.

Why do news outlets parrot Pharma propaganda and never investigate the sleazy ways Pharma gets the nation on unneeded drugs, raising our taxes and healthcare costs? Is that a trick question? Because Pharma funds media through its "ask your doctor" ads which are arguably the biggest mainstream media revenue stream.

The elevation of everyday symptoms to "mental illness" and accusation that sufferers are victims who experience "stigma" is the best thing that ever happened to Pharma. Do you overeat? Did your boyfriend just break up with you? Does no one return your emails? Do you fall asleep at night and wake up in the morning? If so, you may be suffering from mental illness! Mental illness is a highly stigmatized, life-long condition, says Pharma, that millions do not even realize they have and only a pharmaceutical drug can fix.

Pharma's stigma campaign has enabled it to aggregate and co-opt patients into lobbying groups that appear "grassroots" for its high-priced, psychiatric drugs. While these groups say they fight the "stigma" of mental illness, they actually spend their time fighting lawmakers and insurers, at the behest of Pharma, for payment of high-priced drugs. "When insurers balk at reimbursing patients for new prescription medications," says the Los Angeles Times, these groups "typically swing into action, rallying sufferers to appear before public and consumer panels [and] contact lawmakers."

The patient front groups include the Depression and Bipolar Support Alliance, which gets half its funding from Pharma according to the Los Angeles Times and NAMI, which received $23 million in just two years from Pharma, according to the Wall Street Journal. In the 1990's, Eli Lilly was NAMI's biggest donor, reported Mother Jones. A woman I interviewed who wants to remain anonymous for medical privacy says she was told by the Chicago NAMI they could not help her with a borderline condition because there was no "drug" for it. So much for helping patients.

In 2014, NAMI was successful in defeating a White House proposal to limit Medicare coverage of Wellbutrin, Paxil, Prozac, Abilify, Seroquel and other expensive drug classes. "The proposal undermines a key protection for some of the sickest, most vulnerable Medicare beneficiaries," said Andrew Sperling, a tear-jerking NAMI lobbyist using the image of elderly victims to give Pharma billions of our taxpayer dollars.

Another group yelling "stigma" to sell psychiatric drugs is Active Minds which says it is aims to remove the stigma that surrounds mental health issues, and create a comfortable environment for an open conversation about mental health issues on campuses nationwide.

Active Minds calls itself a student group but when I went to the room in the student building at Northwestern University in Evanston, Illinois, where the organization was supposed to be headquartered a few years ago, they were not there or had a desk clerk in the student union ever heard of them. Unlike student groups against climate change or for LGBT rights, Active Minds' fancy T-shirts and cagey PR apparatus hardly look "grassroots." In the past Active Minds listed Eli Lilly, one of the top makers of psychiatric drugs, as a donor.

After the apparent suicides of two Northwestern University students in 2012, Active Minds and NAMI descended upon the campus decrying stigma and "barriers" to treatments postulating that the students needed psychiatric drugs and did not get them. But press stories never reported whether the students who killed themselves were already on the drugs and suffering from their well documented suicidal side effects, especially in young people or whether they had recently discontinued the drugs. Suicidal side effects also emerge when patients discontinue psychiatric drugs. The deaths looked like shameless sales opportunities by Active Minds and NAMI.

A more recent group yelling "stigma" and terming eating disorders and everyday anxiety "mental illness" is Glenn Close's Bring Change to Mind. A few years ago, it plastered Chicago subways with posters which it calls its "PSA" (public service announcement) campaign. If its high budget, slick commercials selling the idea that everyone, everywhere is "mentally ill" and a candidate for Pharma drugs are public service announcements why deny Exxon and Monsanto PSAs?

Despite the efforts of NAMI, Active Minds and Glenn Close's group, all of which have brought the use of antidepressants to an all time high, the suicide rate in the United States is rapidly rising not falling though almost a quarter of the population in some age groups taking antidepressants. Use of some psychiatric drugs has grown by 700 percent in the military. Shouldn't suicides be going down with so many people on psychiatric drugs?

The truth is the expensive, Wall Street-pleasing drugs which many people stay on for decades, or life, are often ineffectual and sometimes cause the very problems they are supposed to alleviate like suicide. Moreover, people who want to get off the drugs, which also cause weight and sexual dysfunction, find they cannot quit because of what Pharma terms "discontinuation syndromes." Yes, they're hooked. Were they told that when they were so readily prescribed the drugs?

Despite high budget campaigns to convince people they are mentally ill and need psychiatric drugs, the real "stigma" is increasingly on people who won't accept the Pharma diagnoses or drugs.