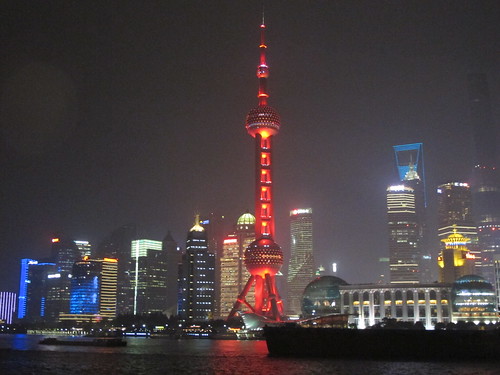 The headline of a recent Bloomberg column by one Tyler Cowen is:

It's remarkable only for its fervent nationalistic delusion.

This paragraph stands out:

There is one other factor that people are loathe to discuss (with one exception). Yes, the U.S. has botched its response to Covid-19. At the same time, its experience shows that America as a nation can in fact tolerate casualties, too many in fact. It had long been standard Chinese doctrine that Americans are "soft" and unwilling to take on much risk. If you were a Chinese war game planner, might you now reconsider that assumption?

This comes at the same day as a similar delusional State Department policy planning paper sees the light.

The Elements of the China Challenge (pdf)

Axios calls it a "Kennan-style paper". In 1946 George Kennan, then Deputy Chief of Mission of the United States to the USSR, wrote his 'Long Telegram' that defined U.S. Cold War policy towards the Soviet Union for the next decades:

Kennan described dealing with Soviet Communism as "undoubtedly greatest task our diplomacy has ever faced and probably greatest it will ever have to face". In the first two sections, he posited concepts that became the foundation of American Cold War policy:

Kennan later said that his paper was misunderstood and that the hostile containment policies that were based on it were wrong and self defeating.

But the China paper which the State Department published is not comparable to the 'Long Telegram'. It is a propaganda piece that reflects the naive views of the outgoing Secretary of State Mike Pompous.

Pompous' premise is that the Chinese people hate the Communist Party of China that runs the country and that China is not a democracy. But that is not what the people of China believe:

Charted below are the survey results from 20 countries, and they illustrate some startling beliefs not least that 73% of Chinese consider China to be democratic, whereas only 49% of Americans believe the same about the U.S.

Read this thread to find out why that is the case:

On twitter, as a Chinese, the most frequently asked question for me is, why don't you oppose the CPC? Why don't Chinese support western style democracy? Why do Chinese people support President Xi, who has no votes? Now, I'm going to tell them why.（1/N）

Moon Of Alabama was opened as an independent, open forum for members of the Whiskey Bar community.  Moon of Alabama's purpose is to discuss politics, economics, philosophy and blogger Billmon's Whiskey (more...)
Related Topic(s): China, Add Tags
Add to My Group(s)
Go To Commenting
The views expressed herein are the sole responsibility of the author and do not necessarily reflect those of this website or its editors.