Source: The Guardian
The more one dissents from political orthodoxies, the more the attacks focus on personality, style and character 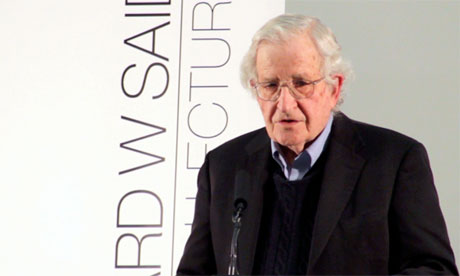 One very common tactic for enforcing political orthodoxies is to malign the character, "style" and even mental health of those who challenge them. The most extreme version of this was an old Soviet favorite: to declare political dissidents mentally ill and put them in hospitals. In the US, those who take even the tiniest steps outside of political convention are instantly decreed "crazy," as happened to the 2002 anti-war version of Howard Dean and the current iteration of Ron Paul (in most cases, what is actually "crazy" are the political orthodoxies this tactic seeks to shield from challenge).

This method is applied with particular aggression to those who engage in any meaningful dissent against the society's most powerful factions and their institutions. Nixon White House officials sought to steal the files from Daniel Ellsberg's psychoanalyst's office precisely because they knew they could best discredit his disclosures with irrelevant attacks on his psyche. Identically, the New York Times and partisan Obama supporters have led the way in depicting both Bradley Manning and Julian Assange as mentally unstable outcasts with serious personality deficiencies. The lesson is clear: only someone plagued by mental afflictions would take such extreme steps to subvert the power of the US government.

A subtler version of this technique is to attack the so-called "style" of the critic as a means of impugning, really avoiding, the substance of the critique. Although Paul Krugman is comfortably within mainstream political thought as a loyal Democrat and a New York Times columnist, his relentless attack against the austerity mindset is threatening to many. As a result, he is barraged with endless, substance-free complaints about his "tone": he is too abrasive, he does not treat opponents with respect, he demonizes those who disagree with him, etc. The complaints are usually devoid of specifics to prevent meaningful refutation; one typical example: "[Krugman] often cloaks his claims in professional authority, overstates them, omits arguments that undermine his case, and is a bit of a bully." All of that enables the substance of the critique to be avoided in lieu of alleged personality flaws.

Related Topic(s): Demonizing; Noam Chomsky; Reality, Add Tags
Add to My Group(s)
Go To Commenting
The views expressed herein are the sole responsibility of the author and do not necessarily reflect those of this website or its editors.