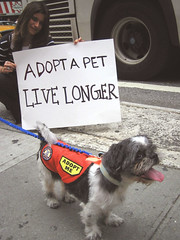 How much does it take to be happy?

Well here in the United States we have been programmed to think it takes quite a lot. We see on television and in advertisements people happy only when they get exactly what they want. According to the Madison Avenue mind manipulators, people will only find happiness when they purchase this or that product or own this or that thing.

Everyone buys into the belief that happiness can only come with more and more. Even the wealthiest of the planet never seem satisfied. They have numerous mansions, many motor vehicles, and all of the finest of everything. These wealthy people, with everything, are the heroes of the common people. Nearly everyone in our country aspires to be like the super rich and to have it all.

But I am going to shock a lot of Americans.

The truth is that you can be happy with less.

I realize telling people that they can be happy with less will likely get me cursed or something worse here in this wonderful capitalist utopia of consumerism known as America. But I risk being ridiculed and condemned as Anti-American for letting people know that they can be happy without the large houses, the newest clothes, the finest cars, boats, and recreational vehicles, and the fine dining.

In fact, there is something called the Happy Planet Index (HPI) which was designed to show that happiness can be achieved with greater efficiency so that people can live long and happy lives without excessive consumption of the earth's resources.

As you can probably guess, Americans require a lot to be happy and yet they are not that happy. But other countries and regions don't require a lot and are as happy or happier. For instance, Germany and the United States roughly have about the same life expectancy and are about as satisfied but Germans do this using half as much of the world's resources as Americans. So Germany is "twice as efficient as Americans in generating long and happy lives based on the resources they consume," according to the Happy Planet Index.

I know that a lot of people here in America, especially fundamentalist Christians, believe that since they can't have everything they want then the world has to somehow come to an end. They wait for "end times" or an "apocalypse" to come and destroy everything because they think people can't live in balance with the life of the earth. They believe that because they are a part of so much greed and imbalance then that must be the way it has to be for the world to function.

But the good news is that we can live long and satisfied lives without destroying the planet. Other countries are living happier on much less.

We don't have to destroy the planet out of greed and stupidity. This may be bad news to some Christian fundamentalists and others who look forward to enjoying their "end times" destruction.

I have faith that God loves us or that we should at least love ourselves, so I suggest we all opt for trying to live in harmony with mother earth and to do our best to live simply and in serenity. Or we can just give up and say that humanity is not good enough to survive. But as the Happy Planet Index indicates, we have examples of people living in greater health and in a happier mind while using a lot less of the earth's resources.

Living happier lives on less can be done but we do have to open our minds to the possibility of living a life that cares for the earth and its beings. Then we won't have to worry about God, or even ourselves, destroying this beautiful planet.

Related Topic(s): America; Balance; Consumerism; God; Greed; Health; Health; Living; People; STUPIDITY, Add Tags
Add to My Group(s)
Go To Commenting
The views expressed herein are the sole responsibility of the author and do not necessarily reflect those of this website or its editors.