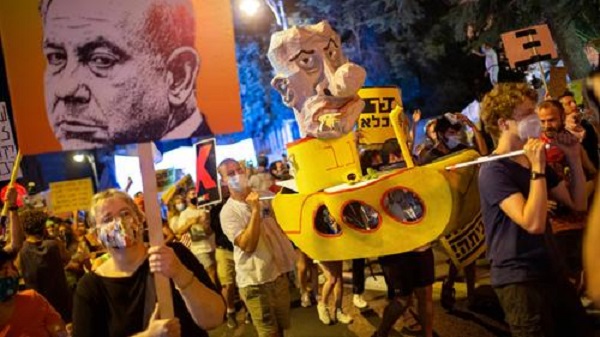 When the Palestinian actor Mohammed Bakri made a documentary about Jenin in 2002 - filming immediately after the Israeli army had completed rampaging through the West Bank city, leaving death and destruction in its wake - he chose an unusual narrator for the opening scene: a mute Palestinian youth.

Jenin had been sealed off from the world for nearly three weeks as the Israeli army razed the neighbouring refugee camp and terrorised its population.

It was not hard to infer Bakri's larger meaning: when it comes to their own story, Palestinians are denied a voice. They are silent witnesses to their own and their people's suffering and abuse.

The irony is that Bakri has faced just such a fate himself since Jenin, Jenin was released 18 years ago. Today, little is remembered of his film, or the shocking crimes it recorded, except for the endless legal battles to keep it off screens.

Bakri has been tied up in Israel's courts ever since, accused of defaming the soldiers who carried out the attack. He has paid a high personal price. Deaths threats, loss of work and endless legal bills that have near-bankrupted him. A verdict in the latest suit against him - this time backed by the Israeli attorney general - is expected in the next few weeks.

Bakri is a particularly prominent victim of Israel's long-running war on Palestinian history. But there are innumerable other examples.

For decades many hundreds of Palestinian residents in the southern West Bank have been fighting their expulsion as Israeli officials characterise them as "squatters". According to Israel, the Palestinians are nomads who recklessly built homes on land they seized inside an army firing zone.

The villagers' counter-claims were ignored until the truth was unearthed recently in Israel's archives.

These Palestinian communities are, in fact, marked on maps predating Israel. Official Israeli documents presented in court last month show that Ariel Sharon, a general-turned-politician, devised a policy of establishing firing zones in the occupied territories to justify mass evictions of Palestinians like these communities in the Hebron Hills.

The residents are fortunate that their claims have been officially verified, even if they still depend on uncertain justice from an Israeli occupiers' court.

Israel's archives are being hurriedly sealed up precisely to prevent any danger that records might confirm long-sidelined and discounted Palestinian history.

Last month Israel's state comptroller, a watchdog body, revealed that more than one million archived documents were still inaccessible, even though they had passed their declassification date. Nonetheless, some have slipped through the net.

The archives have, for example, confirmed some of the large-scale massacres of Palestinian civilians carried out in 1948 - the year Israel was established by dispossessing Palestinians of their homeland.