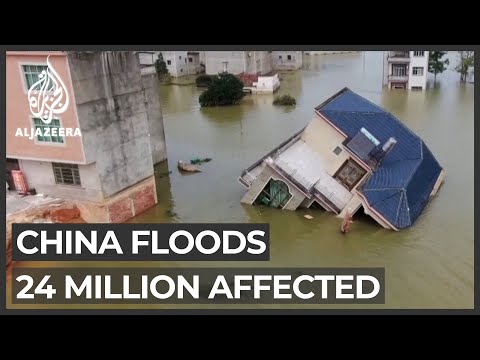 Even among the grim daily toll of pandemic deaths and job losses, the most fateful numbers in the news last week probably came from a huge study carried out by a team of scientists at the World Climate Research Programme. It wove together the warming that we've observed so far, the latest understanding of feedback effects from clouds and other systems, and the record of the climate in the deep past to conclude that doubling the amount of carbon in the atmosphere (which, at current rates, will occur toward the middle of the century) will raise the average surface temperature on Earth between two and a half and four degrees Celsius. This is the first significant narrowing of that range in decades -- ever since the nineteen-eighties, we've been saying one and a half to four and a half degrees. Now, though, researchers are essentially ruling out the bottom end of the range: two and a half degrees, now essentially the best-case scenario, is an enormous number. Dealing with the volume and complexity of data "was such a long and painful process," one researcher, Kate Marvel, at nasa's Goddard Institute, said. James Hansen, the former Goddard chief and the world's premier climate scientist, said, "It is an impressive, comprehensive study, and I am not just saying that because I agree with the result. Whoever shepherded this deserves our gratitude."

Indeed, they do. But, in truth, the numbers -- what we might call pure climatology -- can tell us only so much. What will haunt our future are two other variables, both of which are even harder to calculate. The first is: How much damage will that extra heat wreak? So far, scientists -- who tend to be conservative in their forecasts -- have under-predicted everything from coral die-off to Arctic ice melt. The past week, during which the Atlantic-hurricane alphabet hit "H" earlier in the season than ever before, provided more reminders that even the one degree Celsius that the temperature has already risen is an awful lot. In China, record rains were powering remarkably dangerous flooding along the Yangtze River -- by last weekend, people were beginning to raise fears for the Three Gorges Dam, the largest structure of its kind in the world.

But, again, the level of damage that comes from rising temperatures -- let's call it applied climatology -- is not as telling, ultimately, as our collective ability to respond to that damage. The brittleness of political systems in the face of change on this scale is even scarier than the brittleness of dams. The Times Magazine offered a remarkable glimpse into such a possibility this week, with a long examination of climate migration -- present and future -- from Central America. As more and more people find themselves in zones too hot to support life, they will move, and, as we already know, those movements provoke both compassion and demagoguery. "The best outcome requires not only good will and the careful management of turbulent political forces; without preparation and planning, the sweeping scale of change could prove wildly destabilizing," Abrahm Lustgarten writes. "The United Nations and others warn that in the worst case, the governments of the nations most affected by climate change could topple as whole regions devolve into war."

The pandemic shows us above all, I think, that twenty-first-century survival depends on an ability to handle chaos: that our political leaders, and our other institutions, have to devote themselves as never before to humane competence. And, as this summer's racial reckoning should remind us, the pain that's coming needs to be distributed far more fairly. We're fast running out of margin. The ability of political systems to respond to extreme stress can't be predicted as numerically as the response of physical systems to extra carbon, but it will be measured, as with covid-19, in deaths. Just on a much larger scale.

Robert Bullard is a genuine American hero, the kind of man who should be up on a pedestal. In 1979, he conducted a landmark study of the placement of waste dumps in Houston; it found that almost all of them were in Black neighborhoods, even though the city's population was only a quarter Black. It was one of the first times that people started to talk about environmental racism; that this scourge -- and its counterpart, environmental justice -- is now much nearer to the center of conversation is in no small measure thanks to Bullard's long career of scholarship. A distinguished professor at Texas Southern University, he and colleagues recently restarted the National Black Environmental Justice Network, which they originally founded in 1999.

Tell us about the National Black Environmental Justice Network. What's your hope for what it can accomplish?

Racism is baked into America's DNA. All communities are not created equal. The National Black Environmental Justice Network was relaunched in June, 2020, to mobilize forces to address urgent health and environmental threats converging on Black America. These multiple threats include rollbacks of environmental protections and regulations; government efforts to invalidate the Affordable Care Act; disproportionate hospitalizations and deaths of Black Americans from COVID-19; special health risks posed by COVID-19 to Black essential front-line workers, students, teachers, administrators/staff, and household members in school districts that are being unduly pressured to reopen; economic risks to small Black-owned businesses cut out of stimulus loans; heightened risks to Black coastal communities created by the new fema COVID-19 operational guidance, warning people to "shelter in place" during the 2020 hurricane season; theft of Black transformative wealth from environmental racism, racial redlining, and housing discrimination; and voter suppression, closure and consolidation of voting locations, and unavailability of absentee/mail-in voting, forcing Black people to choose between protecting their health and exercising their right to vote during the era of COVID-19.

"I Can't Breathe" has become a kind of slogan of the fight against police brutality. Can you explain what that phrase means in environmental terms?

America is segregated, and so is pollution. Some people and communities have the "wrong complexion for protection." The phrase "I can't breathe" took on a special meaning beginning in the nineteen-nineties, during "toxic tours" [of industrial sites in heavily polluted cities] and community protests against racist industrial facility-siting practices that turned people-of-color communities into pollution hot spots and environmental "sacrifice zones." People of color breathe 38 percent more polluted air than whites. Blacks and Latinos are disproportionately "burdened" with breathing air polluted by whites. Blacks are exposed to 56 percent and Latinos are exposed to 63 percent more pollution than they cause. Whites enjoy a "pollution advantage," by breathing 17 percent less air pollution than they cause. People of color in 46 states live with more air pollution than whites. More pollution means more illnesses and deaths. African-Americans are almost three times more likely than whites to die from asthma. Black children are four times more likely to be admitted to the hospital for asthma and 10 times more likely to die from asthma than white children. Breathing is natural. Pollution is unnatural.

Just as with climate activism, there's a powerful new wave of young civil-rights leaders. What should they all be asking of their elders?

It is important for young leaders and activists to know the history of social movements in the United States, so as to learn and build on the successes. Every successful social movement in the U.S. has had a strong youth- and student-led wing -- whether civil rights, women's rights, antiwar, peace and justice, conservation and environment, environmental and climate justice, etc. They should also know racial justice was largely missing or marginalized in most majority-white-led movements. A big mistake. Young leaders have a great opportunity today to make equity the dominant lens for blending racial, economic, and gender justice in our quest for health, environmental, climate, civil-rights, and human-rights work. Those of us who are elders and veterans in the struggle, if invited, can assist and support intergenerational movement-building and leadership development in running the "marathon relay" race for justice to the finish line -- each generation is expected to run its 26.2 miles and pass the baton on to the next to run it 26.2 miles. That's how we win.

● Speaking of racism in the movement, the Sierra Club, the oldest and most important of America's environmental groups, released a letter titled "Pulling Down Our Monuments." It acknowledges that one of the group's founders, John Muir, was all too much a man of his time, and pledges a series of reforms to insure that the club "changes to elevate the voices and experiences of staff of color across the organization." The letter continues, "We know that the systems of power that got us here will not enable the transformational change we need." Muir is a complex figure -- he was one of the first white people to acknowledge that humans themselves were not at the center of creation. But his prejudices about his fellow-humans were very real, and make for painful reading.

● The University of Dayton was an early proponent of fossil-fuel divestment -- the Marianist Catholic university signed up in 2014, even before Pope Francis issued his "Laudato Si' " encyclical. At the time, many predicted that schools that eschewed fossil fuels from their portfolios would suffer financially. Dayton was willing to take a hit, but it has just released an in-depth study showing that there's been no hit. The portfolio "has performed generally very much like a non-divested portfolio. And that's been our goal all along," a school official said. Since Dayton's action, at least a hundred and eighty other Catholic institutions around the world have committed to divestment, and the Pope formally endorsed divestment earlier this year.

● In a truly scary report from DeSmog, Justin Nobel writes that significant numbers of right-wing militants apparently have found jobs in the North Dakota oil-and-gas industry. According to a whistleblower who contacted DeSmog, they are a "prominent presence at a Bakken oil and gas facility regarded as critical infrastructure by the Department of Homeland Security. Militia-related patches, flags, and artwork have popped up across the Bakken oil patch, and a thriving gun culture among its workers has led to a Mad Max-mentality of chaos plaguing residents of the Fort Berthold Indian Reservation."

Bill McKibben is the author of a dozen books, including The End of Nature and Deep Economy: The Wealth of Communities and the Durable Future. A former staff writer for The New Yorker, he writes regularly for Harper's, The Atlantic Monthly, and The (more...)
Related Topic(s): Climate; Corona Virus Coronavirus Covid-19; Economic; Future; Health; Latinos; Oil; Pollution; Race; Racism, Add Tags
Add to My Group(s)
Go To Commenting
The views expressed herein are the sole responsibility of the author and do not necessarily reflect those of this website or its editors.