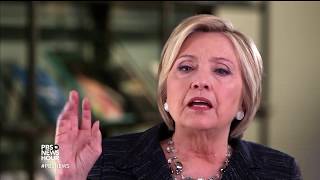 A new study estimates that at least 5.2% of voting-eligible registered voters in Wisconsin were prevented from voting in the 2016 presidential election because of new ID requirements. The number rises to 8% among low-income registrants. It's also worth noting that even more were deterred: 7.2% of nonvoting registrants earning above $25K per year and a whopping 21.1% of those earning below $25K per year.

But, far, far worse than the ID law was the study's finding that other vote suppression tactics meant that voters were blocked at the polling stations or never received their absentee ballots. Further, the survey does not count voters whose votes were rejected for ID but didn't know it (mail-ins and provisionals rejected). Crucially, the survey method (mailing) cut out the biggest block of voters sent away or discouraged for wrong ID: students told just two weeks before election they could not use their state photo ID.

Most reporters are number-phobic and merely copied the press release. As a former professor of statistics (really!), I can tell you that the full survey raw data shows unequivocally that Clinton's voters exceeded Trump's in Wisconsin--but they were blocked or left uncounted.

Here's a link to the full study.

The section on "Reasons for not Voting" on page 13 in particular is worth inspecting.

Greg Palast's investigative reports appear in Rolling Stone, the Guardian and on BBC Television. His latest film, The Best Democracy Money Can Buy, on how Donald Trump stole the 2016 election, is available on Amazon. Palast is Patron of the Trinity (more...)
Related Topic(s): Hillary Clinton; Vote By Mail; Vote Suppression; Voter Fraud; Wisconsin Politics, Add Tags
Add to My Group(s)
Go To Commenting
The views expressed herein are the sole responsibility of the author and do not necessarily reflect those of this website or its editors.