(Note: This interview was conducted before US Right to Know sued the CDC over its failure to release correspondence between agency officials and current and former employees of Coca-Cola requested under freedom of information rules. Coca-Cola provides funding to the American Heart Association, the American Lung Association, the American College of Cardiology, the American Academy of Pediatrics, Harvard Medical School/Partners in Health and other other major universities. It also funds many recreation and fitness groups--with a focus on ethnic and minority organizations--and the CDC itself through the non-profit CDC Foundation, created by Congress in 1992 to encourage relationships between CDC and industry. Public health specialists claim the funding has helped to promote the meme that obesity is caused by lack of exercise not soft drinks. ) 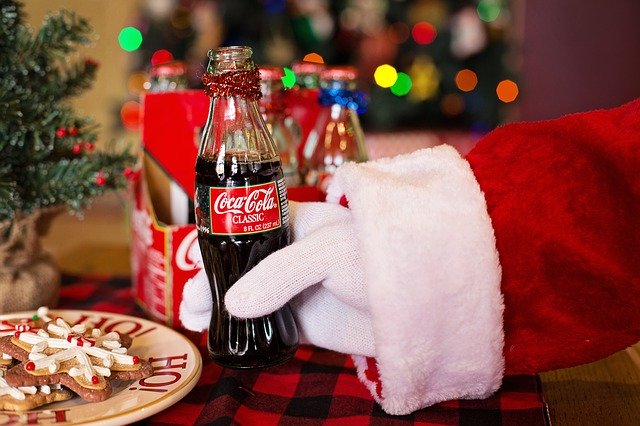 Interview with Mark Pendergrast, author of For God, Country & Coca-Cola

MR: No one alive today remembers the era of patent medicines or even the elaborate soda fountains where people 100 years ago gathered to socialize. Yet Coke's identity and success are rooted in both, you say in your book.

MP: In the beginning, Coca-Cola, invented in 1886, was a patent medicine that treated headaches, hangovers, a mythical disease called neurasthenia, and other ailments. It had a small quantity of cocaine and quite a bit of caffeine in it. At first it was sold primarily with medicinal claims, but by 1895 many consumers, especially women, were writing to the company to complain that they liked the drink but didn't want to have to be sick to take it.

Frank Robinson, whom I call the unsung hero of Coca-Cola, heeded them and began to focus company advertising on the "delicious and refreshing" aspects of the drink. Then, when the Spanish-American War broke out in 1898, the U. S. government taxed medicines but not soft drinks. They taxed Coca-Cola as a patent medicine, but the company sued, claiming it was just a soft drink, and won. That was another reason they dropped medicinal advertising.

MR: You write that patent medicine marketing in some ways helped the magazine industry develop. This was a surprise to me.

MP: Most advertising in those days was straightforward--"this is our sewing machine and here is how much it costs." Patent medicines, on the other hand, because they claimed to treat diseases that ailed people, required marketing and over-the-top claims. Their makers, of course, were mostly frauds and they realized they would have to pay for this kind of marketing. They could also afford to, because their patent medicines cost little to produce and were sold for a large profit. Ironically, it was the magazines that later investigated and exposed patent medicines.

MR: Being ruled a soft drink instead of a medicine was not the only time Coke dodged a bullet. To combat the charge that it causes obesity, Coke has been found to promote the fiction that lack of exercise is the culprit. Also, there are new questions about the safety artificially sweetened drinks.

Related Topic(s): Coke; Diet Cokes; Health; Junk Food; OVERWEIGHT, Add Tags
Add to My Group(s)
Go To Commenting
The views expressed herein are the sole responsibility of the author and do not necessarily reflect those of this website or its editors.