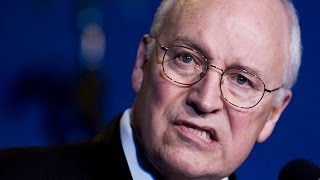 The Trump administration has been telling people for months that the crisis with North Korea is the result of North Korea's relentless pursuit of a nuclear threat to the US homeland and past North Korean cheating on diplomatic agreements. However, North Korea reached agreements with both the Clinton and George W. Bush administrations that could have averted that threat, had they been completed.

The record shows, moreover, that Cheney and his allies derailed diplomatic efforts to curb North Korean nuclear and missile development, not because they opposed "arms control" (after all, the agreements that were negotiated would have limited only North Korean arms), but because those agreements would have been a political obstacle to fielding the group's main interest: funding and fielding a national missile defense system as quickly as possible. The story of Cheney's maneuvering to kill two agreements shows how a real US national security interest was sacrificed to a massive military boondoggle that served only the interests of the powerful contractors behind it.

In October 1994, the Bill Clinton administration reached an historic agreement with North Korea called the "Agreed Framework," under which Pyongyang agreed to freeze its existing plutonium reactor and related facilities within a month, with full monitoring by the International Atomic Energy Agency (IAEA), and to dismantle them as soon as they could be replaced with light water reactors. The United States promised to provide the reactors, as well fuel oil, until the light water reactors were built. And even more crucially, the US also pledged to take steps to end the enmity toward North Korea and normalize relations between the two longtime adversaries.

No sooner had the Clinton administration negotiated the "Agreed Framework," however, than the Republicans gained control of both houses of Congress in the 1994 election. That seismic political shift enabled a powerful lobby of military contractors pushing for a national missile defense system to achieve a congressional mandate for rapid development and deployment of such a system.

It was a fateful convergence, because the missile defense lobby's strategy was to create a sense of urgency about an alleged imminent threat to the US homeland from ballistic missiles armed with nuclear weapons mounted by "rogue states" -- Iraq, Iran and North Korea.

And the Clinton administration's agreement with North Korea -- the only "rogue state" known to have a nuclear weapons program as well as a missile program -- threatened that missile defense lobby strategy.

When a 1995 CIA intelligence estimate said that none of the three "rogue states" would have ballistic missiles capable of threatening the United States for at least 15 years, the missile defense lobby got Congress to pass legislation creating a "national commission" on the ballistic missile threat that would contradict the CIA assessment. The commission, led by Republican hard-liner Donald Rumsfeld, asserted in its final report in July 1998 that either Iraq or North Korea might acquire long-range ballistic missiles capable of hitting the United States in as little as five years. In a craven retreat under political pressure, the CIA then largely adopted the commission's argument.

North Korea had only carried out two tests of medium or longer-range missiles in the decade from 1988 to 1998, neither of which had been successful, so the Clinton administration was not focused on the threat of an ICBM: It held just two rounds of talks on the ballistic missile program between 1996 and 1998.

In fact, it was not the United States, but North Korea that proposed an agreement in 1998 that would end its development of new missiles as part of a broader peace agreement with Washington.

When the United States failed to respond to the proposal, however, North Korea launched a three-stage rocket called the Taepodong on August 31, 1998, which the missile lobby and news media argued was a major step toward a North Korean ICBM. The missile lobby used that event to push for legislation establishing a national policy goal to deploy an "effective National Missile Defense System" as soon as technologically possible.

North Korean leader Kim Jong-Il was using the regime's missile development as a prod to get the Clinton administration to negotiate a deal that would include concrete steps toward normalization of relations. He even sent a personal envoy to Washington to present the outline of a new North Korean offer to give up the regime's quest for an ICBM, as well as its nuclear weapons capability. In October 2000, Secretary of State Madeleine Albright went to Pyongyang, and the two sides came close to a final agreement that would have ended North Korean missile development as well as its nuclear weapons program and led to normalizing relations.

But Clinton didn't go to North Korea to sign the deal in the final months of his presidency, and the election of George W. Bush in November 2000 was a major victory for the missile defense lobby. Bush named Rumsfeld, the primary political champion of a missile defense system, as his Secretary of Defense. And no less than eight figures with direct or indirect ties to Lockheed Martin, the leading defense contractor in the missile defense business, became policymakers in the new administration. The most important was Dick Cheney, whose wife, Lynn Cheney, had earned more than half a million dollars serving on the board of directors of Lockheed-Martin from 1994 to 2001.

Related Topic(s): Bush; Cheney Dick; North Korea; Nuclear Powers; Nuclear Talks; Uranium, Add Tags
Add to My Group(s)
Go To Commenting
The views expressed herein are the sole responsibility of the author and do not necessarily reflect those of this website or its editors.