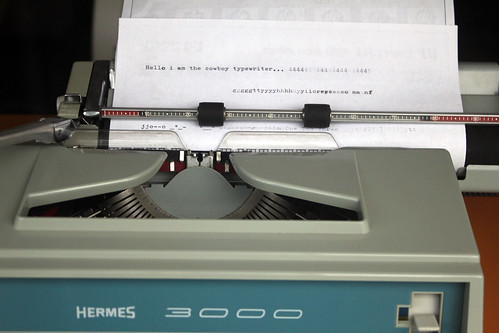 We live in a fabricated reality where the visible world became nearly meaningless once the screen world became people's "window on the world." An electronic nothingness replaced reality as people gleefully embraced digital wraparound apparitions. These days people still move about in the physical world but live in the electronic one. The result is mass hallucination.

This is the fundamental seismic shift of our era. There is a lot of bitching and joking about it, but when all is said and done, it is accepted as inevitable. Digital devices are embraced as phantom lovers. Technological "advances" are accepted as human destiny. We now inhabit a technological nightmare (that seems like a paradise to so many) in which technology and technique - the standardized means for realizing a predetermined end most efficiently - dominate the world. In such a world, not only does the end justify the means, but to consider such a moral issue is beside the point. We are speeding ahead to nowhere in the most "efficient" way possible. No questioning allowed! Unless you wish to ask your phone.

These days there is much political talk and commentary about fascism, tyranny, a police state, etc., while the totalitarianism of technocracy and technology continues apace. It is not just the ecological (in the human/natural sense) impact of digital technology where one change generates many others in an endless spiral, but the fact that technical efficiency dominates all aspects of life and, as Jacques Ellul wrote long ago, "transforms everything it touches into a machine," including humans. For every problem caused by technology, there is always a technological "solution" that creates further technological problems ad infinitum. The goal is always to find the most efficient (power) technique to apply as rapidly as possible to all human problems.

Writing nearly fifty years ago in Medical Nemesis , Ivan Illich, explained how in medical care the human touch was being replaced by this technical mindset. He said,

"In all countries, doctors work increasingly with two groups of addicts: those for whom they prescribe drugs, and those who suffer from their consequences. The richer the community, the larger the percentage of patients who belong to both"In such a society, people come to believe that in health care, as in all fields of endeavor, technology can be used to change the human condition according to almost any design."

We are, of course, living with the ongoing results of such medical technical efficiency. The U.S.A. is a country where the majority of people are drugged in one way or another, legally or illegally, since the human problems of living are considered to have only technological solutions, whether those remedies are effective or anodyne. The "accidents" and risks built into the technological fixes are never considered since the ideological grip of the religion of technology is all-encompassing and infallible. We are caught in its web.

Marshall McLuhan, the media guru of the 1960s whether he was applauding or bemoaning the fact was right when he claimed that the medium is the message.

Cell phones, being the current omnipresent form of the electronification of life, are today's message, a sign that one is always in touch with the void. To be without this small machine is to be rendered an idiot in the ancient Greek sense of the word a private person. Translation: one who is out of it, detached, at least temporarily, from the screens that separate us from reality, from the incessant noise and pinging messages that destroy reflection and create reflex reactions.

But to be out of it is the only way to understand it. And to understand it is terrifying, for it means one knows that the religion of technology has replaced nature as the source of what for eons has been considered sacred. It means one grasps how reality is now defined by technology. It means realizing that people are merging with the machines they are attached to by invisible manacles as they replace the human body with abstractions and interact with machines. It means recognizing that the internet, despite its positive aspects and usage by dissenters intent on human liberation, is controlled by private corporation and government forces intent on using it as a weapon to control people. It means seeing the truth that most people have never considered the price to be paid for the speed and efficiency of a high-tech world.

But the price is very, very high.

One price, perhaps the most important, is the fragmentation of consciousness, which prevents people from grasping the present from within which, as Frederic Jameson has noted, is so crucial and yet one of the mind's most problematic tasks because so many suffer from digital dementia as their attention hops from input to output in a never-ending flow of mediated, disembodied data. As a result, a vicious circle has been created that prevents people from the crucial epistemological task of grasping the double-bind that is the ultimate propaganda. Data is Dada by another name, and we are in Dada land, pissing, not into Marcel Duchamp's ridiculous work of Dada "art," a urinal, but into the wind. And data piled on data equals a heap of data without knowledge or understanding. There is no time or space for grasping context or to connect the dots. It is a pointillist painting in the form of inert facts that few can understand or even realize that they don't.

I am typing these words on a Hermes 3000 manual typewriter, a beautiful piece of technology whose sound and movement creates a rhythmic sanctuary where my hands, head, and heart work in unison. It allows me to think slowly, to make mistakes that will necessitate retyping, to do second and third rereadings and revisions, to roll the paper out of the machine and sit quietly as I review it. My eyes rest on the paper, not a blue-lit screen.

Technology as such is not the problem, for my typewriter is a very useful and endurable machine, a useful technology that has enhanced life. It does not break or need to be replaced every few years, as computers do. It does not contain coltan, tantalum, or other minerals mined in the Democratic Republic of Congo, Rwanda, and other places by poor people working under oppressive conditions created by international consumer greed that is devouring the world. It does not allow anyone to spy on me as I type. I am alone and unplugged, disconnected, off-line and out of line, a sine qua non for thinking, and thinking about deep matters. The typewriter is mine, and mine alone, unlike the connected digital devices that have destroyed aloneness, for to be alone is to contemplate one's fate and that of all humanity. It is to confront essential things and not feel the loneliness induced and exacerbated by the illusion of always being in touch.

But while this typing machine allows me to write in peace, I am in no way suggesting that I have escaped the technological condition that we all find ourselves in. There are little ways to step outside the closing circle, but even then, one is still in it. I will eventually have to take my paper and type it into a computer document if I wish to publish it in the form you will be reading it. There is no other way. The technocrats have decreed it so. We are all, as George Orwell once wrote in a different context and meaning, "inside the whale," the whale in this case being a high-tech digital world controlled by technocrats, and we have only small ways to shield ourselves from it. Sitting in a quiet room, working on a typewriter, taking a walk in the woods without a cell phone, or not owning a cell phone, are but small individual acts that have no effect on the structural realty of what Neil Postman calls technopoly in his masterful book, Technopoly: The Surrender of Culture to Technology . And even in the woods one may look up to admire a tree only to find that it is a cell phone tower.

Humans have always created and used technology, but for a very long time that technology was subject to cultural and religious rules that circumscribed limits to its use. Today there are no limits, no rules to constrain it. The prohibition to prohibit is our motto. In our acceptance of technical efficiency, we have handed over our freedom and lost control of the means to ends we can't fathom but unconsciously fear. Where are we heading? many probably wonder, as they check the latest news ping, no doubt about something to fear, as a thousand pieces of "news" flash through their devices without pause, like wisps of fleeting dreams one vaguely remembers but cannot pin down or understand. Incoherence is the result. Speed is king.

Of course, this kaleidoscopic flood of data confuses people who desire some coherence and explanation. This is provided by what Jacques Ellul, in Presence in the Modern World , calls "the explanatory myth." He writes,

"This brings us to the other pole of our bizarre intellectual situation today: the explanatory myth. In addition to its political and its mystical and spiritual function, the explanatory myth is the veritable spinal column of our whole intellectual system"Given that appearances produce confusion and coherence is needed, a new appearance unifies them all in the viewer's mind and enables everything to be explained. This appearance has a spiritual root and is accepted only by completely blind credulity.

Related Topic(s): Digital; Evil; Freedom; Hubris; Illusion; Loneliness; Peril; Reality; Religion; Technocrats; (more...) Technology, Add Tags  (less...)
Add to My Group(s)
Go To Commenting
The views expressed herein are the sole responsibility of the author and do not necessarily reflect those of this website or its editors.