Trump "compromised national security to advance his personal political interests" and engaged in an "unprecedented campaign" of cover-ups to try to hide the truth. 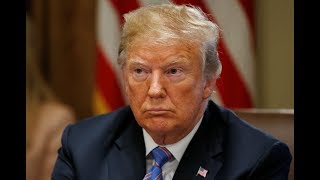 The official report of three House committees investigated the misdeeds of embattled and scandal-scarred Donald Trump, charge him with abuse of his office, bribery and more as the impeachment inquiry enters a new phase.

In 300 blistering pages, the report concluded Trump "compromised national security to advance his personal political interests" and engaged in an "unprecedented campaign" of cover-ups to try to hide the truth.

"The President's actions have damaged our national security, undermined the integrity of the next election, and violated his oath of office," House Intelligence Committee Chairman Adam B. Schiff (D-Calif.), Oversight and Reform Committee Chairwoman Carolyn B. Maloney (D-N.Y.) and Foreign Affairs Committee Chairman Eliot L. Engel (D-N.Y.), whose panels have overseen the inquiry, declared in a statement. "They have also challenged the very core of our constitutional system of checks and balances, separation of powers, and rule of law."

The House Judiciary Committee moves to the next phase with hearings featuring testimony by constitutional scholars in a timeline that expect to impeach Trump by Christmas and send it to the Republican-controlled Senate for trial.

"At the heart of Democrats' case is their allegation that Trump tried to leverage a White House meeting and military aid, sought by Ukraine in the face of Russian military aggression, to pressure President Volodymyr Zelensky to launch investigations of former vice president Joe Biden and his son Hunter, as well as an unfounded theory that Kyiv conspired with Democrats to interfere in the 2016 presidential election.

"Democrats' findings are primarily drawn from the testimony of witnesses who appeared before the Intelligence Committee last month, as well as the rough transcript of a July 25 phone call between Trump and Zelensky released by the White House, in which Trump asks the Ukrainian leader to 'do us a favor though' with regard to the investigations.

"But the report also includes records showing that Trump's personal attorney Rudolph W. Giuliani, who orchestrated the pressure campaign against Ukraine, made phone calls to the White House and its budget office during key moments of the investigation."

"Those facts have yet to be contradicted. We have Trump's own words on the July 25 rough transcript ('do us a favor though'), diplomat David Holmes's account of the president pressing Ambassador to the European Union Gordon Sondland about "investigations," the hold on nearly $400 million in aid, Trump's public statements inviting China and Ukraine to weigh into the election and the testimony of multiple career civil services that Trump outsourced his scheme primarily to Rudolph W. Giuliani, who publicly bragged that he was talking about Biden with Ukrainians.

"What is new are the call records showing ongoing communications between Giuliani and the Office of Management and Budget (which ordered the hold on aid) and, stunningly, between the ranking Republican member of the Intelligence Committee (and conspiracy monger) Rep. Devin Nunes (Calif.) and indicted Giuliani associate Lev Parnas. Nunes therefore becomes a fact witness, and his efforts to disrupt the hearings and toss out one red herring after another begin to reek of self-interested obstruction of the committees work.

"'The evidence of those suspicious Giuliani phone calls with [Vladimir] Putin-linked thugs reinforces the overwhelming case that the American president was directing a criminal conspiracy to conscript US military aid and the august powers of his office to benefit himself and his own reelection at the expense of the national security,' says constitutional scholar Laurence Tribe. 'If this isn't impeachable and removable conduct, we're done as a constitutional republic.'"

The report clearly documents Trump's actions "was undertaken with the knowledge and approval of senior Administration officials, including the President's Acting Chief of Staff Mick Mulvaney, Secretary of State Mike Pompeo, and Secretary of Energy Rick Perry. In fact, at a press conference weeks after public revelations about the scheme, Mr. Mulvaney publicly acknowledged that the President directly tied the hold on military aid to his desire to get Ukraine to conduct a political investigation, telling Americans to 'get over it.'"

Related Topic(s): Abuse Of Power; House Of Representatives; Investigation; Trump Against Democracy; Trump Illegality; Trump Scandal, Add Tags
Add to My Group(s)
Go To Commenting
The views expressed herein are the sole responsibility of the author and do not necessarily reflect those of this website or its editors.