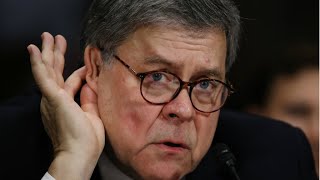 The US House Judiciary Committee voted Wednesday afternoon to hold Attorney General William Barr in contempt for refusing to provide Congress with an unredacted copy of the Mueller report and other documents supporting the report's findings.

The action came on a straight party-line vote, with 24 Democrats approving the contempt citation and 16 Republicans opposing it. The committee spent hours in debate, with Democrats condemning President Trump's decision to invoke executive privilege to withhold the documents and Republicans denouncing the Democratic investigation as a step towards impeachment.

Trump's assertion of executive privilege was unprecedented in its sweep. All previous presidential claims of executive privilege -- even including Richard Nixon's efforts to suppress White House tape recordings during the Watergate crisis -- have involved maintaining privacy in communications between the president and his closest advisers, or keeping certain national security information secret.

Much of the Mueller report, however, concerns the 2016 election campaign, before Trump became president, and is thus entirely outside the conceivable scope of executive privilege. As for communications between President Trump and top aides in the White House, the subject of the second half of the report, which concerns Trump's efforts to block the investigation, privilege was waived when aides such as former White House Counsel Don McGahn testified under oath to the Mueller inquiry.

During the debate on the contempt charge, many Judiciary Committee Democrats characterized Trump's actions as unconstitutional and dictatorial. Representative Sheila Jackson Lee of Texas declared, "I can only conclude that the president now seeks to take a wrecking ball to the Constitution of the United States of America."

Representative Pramila Jayapal of Washington state said, "We are at a brink of importance between democracy and dictatorship if we ignore checks and balances. And I fully support holding this attorney general in contempt for refusing to comply with constitutional foundations."

At a press conference after the vote, Judiciary Committee Chairman Jerrold Nadler declared, "This was a very grave and momentous step we were forced to take today to move a contempt citation against the attorney general of the United States. We did not relish doing this but we have no choice."

The executive branch, at Trump's direction, was refusing to subordinate itself to legislative oversight, he said, noting that since the Democrats assumed control of the House of Representatives in January, "not a single page" has been produced in response to congressional requests or subpoenas.

"We've talked for a long time about approaching a constitutional crisis. We are now in it," Nadler said. "Now is the time of testing whether we can keep this type of republic, or whether this republic is destined to change into a different, more tyrannical form of government."

The apocalyptic language raises an obvious question: if Trump is trampling on the Constitution and is hell bent on establishing an authoritarian form of rule in the United States -- and he certainly is -- then why do the Democrats categorically reject bringing charges of impeachment against him?

And why do they continue to seek collaboration with this "more tyrannical form of government" on a wide range of policies, from the federal budget, to immigration, to the projection of American military force in the Persian Gulf, the South China Sea and throughout the world?

The conflict between Congress and the White House is not merely partisan warfare in advance of the 2020 elections, but represents the breakdown of the institutional framework through which American capitalist politics has operated for more than two centuries. The structure of "checks and balances" has been undermined over a protracted period, with the president taking on virtually unchecked powers, both as "commander-in-chief" in foreign and military policy and increasingly in domestic policy as well.

In February, Trump declared a national emergency on the US-Mexico border, ordering the Pentagon to shift funds to provide the resources to build his border wall, in direct defiance of congressional refusal to authorize such spending. This was a flagrant violation of the most important constitutional power of Congress, the "power of the purse," but the Democrats did nothing but file a lawsuit and warn that the next Democratic president might assert similar emergency powers to accomplish their own policy goals.

The Democrats may now protest that the president is assuming unconstitutional authority, but they do not come to the table with clean hands. Under the Obama administration, they endorsed the "right" of the president to launch a war of aggression against Libya without congressional sanction, and they applauded when Obama ordered drone missile strikes that killed thousands across the Middle East and North Africa, including American citizens.

Patrick Martin writes for the World Socialist Website (wsws.org), a forum for socialist ideas & analysis & published by the International Committee of the Fourth International (ICFI).
Related Topic(s): Attorney General William Barr; Democracy; House Of Representatives; Politics; Trump Against Democracy, Add Tags
Add to My Group(s)
Go To Commenting
The views expressed herein are the sole responsibility of the author and do not necessarily reflect those of this website or its editors.