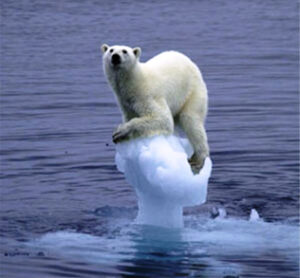 O come all ye faithful and gather at the River of Truth to be washed in the blood of the lamb and be born again (hey, silly, you thought you were born okay the first time, didn't you?)!

If you're in the Southern part of the nation it feels more like Hell than Heaven these days, with heat indexes rising past the 100 mark. God must be pissed about something. He hath unleashed His wrath of unholy heat upon us! The pavement-melting, sweltering hell can't be due to, say, global climate change, right?  Must be Divine Anger about something.

Maybe he's ticked because Dan Cathy's Atlanta-based Chick Fil-A chain is failing in its attempt to stop gay folk from entering into legal marriage contracts. Or perhaps it's due to the un-Christian efforts in Florida by Republican Governor Rick Scott to purge the voter registry of thousands of Democratic voters in an attempt to steal yet another Presidential election that has The Almighty seeing red.

Yes, the South is burning and Sherman can't be blamed this time. According to our Brilliant Elected Leaders in Washington, it just cannot be due to global climate change ... so it must be God, as Edward Flattau pointed out in the Huffington Post:

"Religiosity is sometimes used to promote a fatalistic attitude towards global warming and thus, pave the way for exploiting the earth's natural resources with impunity.

"A classic example is the assertion that climate is a 'manifestation of God's will and there is nothing we can do about it.'

"One needs to look no further than the floor of Congress to encounter this expression of resignation that can't help but warm the cockles of corporate polluters' hearts. In a debate last year involving legislation that would have the effect of weakening anti-global warming regulation, Rep. Virginia Foxx, R-N.C., declared that 'Democrats think we have more impact on the climate and the world than God does, and we don't.' Her sentiment prevailed, and a Republican majority in the House proceeded to pass the measure (that mercifully met its maker in the Senate).

"'I don't believe that the Earth and her ecosystem are fragile,' the broadcaster intoned. 'The Earth is a remarkable creation and capable of great regeneration. We can't destroy it, it can fix itself.'

"On the contrary, humanity has demonstrated that it is fully capable of turning a plush environment into an ecological wasteland for generations, if not permanently. What of the lengthy list of species that have vanished due to destruction of their habitats by human beings? Limbaugh seems oblivious to the many areas around the world where the desert has over-run vast swathes of fertile land because of unsustainable agricultural practices and other human activity.

"Another invocation of religion to bolster industrial exploitation was employed by President Reagan's controversial Interior Secretary, James Watt. A devout Evangelical Christian, Watt used his faith's belief that the world will be destroyed and reborn with the Second Coming of Jesus Christ as justification to pillage natural resources on public lands. Underlying Watt's aggressive attempt to open previously off-limits national conservation areas was the rationale that it was pointless to worry about wilderness preservation or climate change when the earth could end at any moment? One might as well exploit what one could while the going was good. It was a mentality decisively rejected by a majority of the American people whose disapproval was instrumental in eventually forcing Watt from office.

"Far from being helpless, human beings have the capacity to repair much of the environmental damage they have wrought, provided the degradation has not yet passed the point of no return.

"A graphic example is in North Africa where grasslands on the fringe of the Sahara were reduced to desert because of overgrazing by herds belonging to nomadic tribes. An experiment was conducted in which the eroded grasslands were periodically fenced off to keep livestock out. Despite a lack of any significant rainfall, vegetation returned.

"The appropriate religious inspiration we should glean from anecdotes such as this?

"God helps those who help themselves."

Amen. But it's not just the Southern US, The Good Lord must be terribly ticked at Greenland as well. Maybe He just regrets creating polar bears, decided to make "em go extinct. Or perhaps He's not a Bjork fan?

Kathy never expected a career in radio as a talk show producer. Born and raised in Atlanta, Georgia, Kathy was completing her nursing degree when in 2001 - in an emergency - she was asked to fill in as the producer of Mike's program. Within a few (more...)
Related Topic(s): Climate; Wrath, Add Tags
Add to My Group(s)
Go To Commenting
The views expressed herein are the sole responsibility of the author and do not necessarily reflect those of this website or its editors.