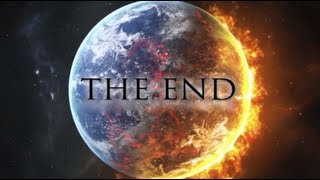 The End of the World? Climate Change Disaster
(Image by YouTube, Channel: The Point with Ana Kasparian)   Details   DMCA

LET'S REWIND A BIT, to the week Donald Trump won the U.S. presidential election. At that moment, I was reeling from witnessing not one catastrophe but two. And I don't think we can understand the true danger of the Trump disaster unless we grapple with both of them.

I was in Australia for work, but I was also very conscious that, because of the carbon involved in that kind of travel, I might not be able to return for a long time. So I decided to visit, for the first time in my life, the Great Barrier Reef, off the coast of Queensland, a World Heritage Site and Earth's largest natural structure made up of living creatures. It was simultaneously the most beautiful and the most frightening thing I had ever seen.

As my Australia trip was approaching, I realized that my feelings about seeing the reef were tied up in my being the mother of a four-year-old boy, Toma. As parents, we can sometimes make the mistake of exposing kids too early to all the threats and dangers facing the natural world. The first book about nature that a lot of children read is Dr. Seuss's The Lorax, which is all about pollution and beautiful places being turned into garbage and all the animals dying and disappearing and choking. It's really scary. I read it to Toma when he was two and watched the terror cross his face. And I thought, "No, this is completely wrong." Now we read stories about fast-talking squirrels and books that celebrate nature's beauty and wonder. Even if I know these books are about species that are on the brink of extinction, Toma doesn't need to worry about that yet. I figure that my job is to try to create as many positive experiences as possible that will attach him to the natural world. You need to love something first before you can protect and defend it.

Related Topic(s): Climate; Dakota; Hope Hopefulness; Resistance; Trump Against Climate Change; Weather, Add Tags
Add to My Group(s)
Go To Commenting
The views expressed herein are the sole responsibility of the author and do not necessarily reflect those of this website or its editors.