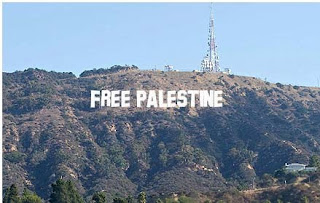 (Image by Unknown Owner)   Details   DMCA
A coalition of nearly twenty U.S.-based human rights and peace groups has joined the global justice community and numerous foreign governments in vowing to send more humanitarian aid ships to break the illegal Israeli blockade of Gaza this coming Fall. The coalition, united under the mantle US To Gaza, includes activist organizations such as CodePink, Jews Say No, Veterans For Peace, Voices for Creative Non-Violence, and Jewish Voice For Peace.

In the wake of the deadly Israeli raid on an international flotilla carrying over 10,000 tons of humanitarian aid and hundreds of civilian passengers, during which nine activists were murdered (if not outright executed) by Israeli commandos in international waters, the global call to end the US-backed Israeli siege has grown even more forceful.

Later this year, boats from Europe, Canada, South Africa, India, and the Middle East are expected to set sail for Gaza once again. US To Gaza, which states on its website that "America pays for the blockade with our tax dollars; Americans must join together to end this collective punishment of 1.5 million Palestinians," aims to add a vital American element to this new Freedom Flotilla.

The U.S. boat, which will be named The Audacity of Hope (irony intended), is expected to carry an American peace delegation of forty to sixty passengers and will join its international flotilla partners en route. But purchasing a suitable ship, securing a sailing crew, obtaining the needed licenses and registration, gathering tons of humanitarian aid, and sailing for Gaza is a costly endeavor. It is estimated that at least $370,000 needs to be raised from private donors in the next month for the U.S. ship to become, not merely hopeful audacity, but a necessary reality.

All in all, $370,000 isn't that much money. For instance, South Carolina Republican Congressman Joe Wilson raised hundreds of thousands of dollars from individual donors giving less than $200 just because he called Barack Obama a liar. If a jackass like Wilson can raise that kind of money for shouting a disingenuous falsehood, raising funds for a just cause like breaking the illegal Gaza blockade shouldn't be that hard.

Sure, the fund-raising goal can be hit with 3,700 people each pledging $100 or a mere 370 donations of $1,000 each. But why is the bar for funding justice and fighting illegal collective punishment so low? Where are the big donors who could single-handedly buy a boat and subsidize the entire delegation? Why does it seem like such a stretch for American supporters of human rights and international law to send an armada of siege-breaking ships to Gaza?

Perhaps, in order to open borders and ship a little bit of hope to suffering Palestinians in the Middle East, US to Gaza organizers should be looking for a lot of financial support from open wallets on the West Coast.

Hollywood has no shortage of outspoken Israel supporters, ethnic cleansing enthusiasts, and racist, right-wing nutjobs. The Zionism, publicly professed or not, of famous musicians and movie stars takes many forms and runs the gamut of willful ignorance to actively insane.

There are those, like producer Lawrence Bender, who see Israel as an eternal victim, besieged by oppressive Palestinians, and claim that "Nobody realizes how badly the Israelis are suffering. Obviously the Palestinians are suffering - but people need to understand that Israel needs help" and there are those, like actor Joshua Malina, who are baffled by the suggestion that "somehow Israel is the bully and the Palestinians are the underdog."

There are Zionist zealots like John Malkovich and Bill Maher and there's also Jon Voigt.

There are celebrities who advocate for peace, love, and understanding, like Richard Dreyfuss, yet somehow believe a "Jewish" state isn't inherently discriminatory. There's Jason Alexander, who, despite his work with the two-state promoting OneVoice/Imagine Peace project, was an honored guest at last year's Friends of the Israeli Defense Forces [sic] Fundraising Gala and shill for Jewish television programming that endorses violent, fanatical Zionist settler ideologies. There are fashion designers like Elie Tahari, who donated a whopping $100,000 at this year's IDF love-fest in March.

With friends like these, it's no wonder that the IDF, a foreign military that oppresses and occupies an indigenous population, raised over $20 million in one night at the Waldorf-Astoria in Manhattan. But donors here in the United States don't only fund the Occupation, they also fund illegal Jewish settlements - to the tune of tax-free hundreds of millions over the past decade - that have now aggressively stolen and colonized over 42% of the West Bank.

So where are their anti-occupation, pro-international law counterparts, especially the ones with equally deep pockets? The truth is they're everywhere.

Nima Shirazi is a writer and a musician. He is a contributing commentator for Foreign Policy Journal and Palestine Think Tank. His analysis of United States policy and Middle East issues, particularly with reference to current events in Iran, Israel and Palestine, can be (more...)
Related Topic(s): Hope Hopefulness; Humanitarian; International; Israel; Justice; Palestinian; Rights, Add Tags
Add to My Group(s)
Go To Commenting
The views expressed herein are the sole responsibility of the author and do not necessarily reflect those of this website or its editors.