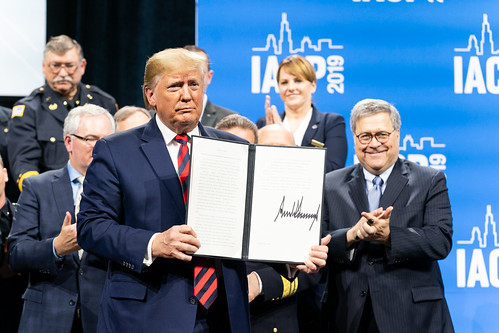 Of all the bombastic statements ever uttered by Attorney General William "Bill" Barr, a remark made toward the end of a lengthy interview with CBS News in May will be remembered above the rest. Asked how "history" will look upon his controversial motion to dismiss the criminal charges that Special Counsel Robert Mueller brought against Michael Flynn for making false statements to the FBI, Barr raised his eyebrows, chortled loudly, and flashed a sly smile.

"Well, history is written by the winner. So it largely depends on who's writing the history. But I think a fair history would say that it [the move to drop the Flynn case] was a good decision because it upheld the rule of law."

Barr's attempt to dismiss Flynn's prosecution went wildly awry. The dismissal motion was intensely litigated, and Flynn was still awaiting sentencing when, on November 25, President Trump issued the retired Army lieutenant general and former national security adviser a "full and unconditional pardon" for "any and all possible offenses" arising from the Mueller investigation. No matter that Flynn had twice pleaded guilty to the false statement charge. So much for the rule of law.

Barr's Justice Department responded to the pardon with another dismissal motion on Flynn's behalf. The motion was granted on December 8.

Flynn, for his part, responded to the pardon on social media with reckless abandon, tweeting an ad from the Washington Times that called for Trump to suspend the Constitution and "invoke limited martial law" to permit the military to conduct an election do-over.

The history of Barr's service as Trump's attorney general will no doubt be the subject of much future academic and political commentary. And while future historians may debate the details of his record, Barr will not be among the "winners" who will get to pass judgment on his performance as the nation's top law enforcement officer. To the contrary, Barr will go down as the second-biggest loser of the Trump era, subordinate only to Trump himself.

It may be tempting to look at Barr as something of a tragic figure, as someone who lost his moral compass and sacrificed his good name in fealty to a corrupt leader. Tempting, perhaps, but wrong.

Yes, it's true that a few Democrats, along with some influential mainstream legal commentators, supported Barr's nomination to become attorney general before his appointment in 2019. They believed he was an "institutionalist," and they hoped that he would be an improvement over his immediate predecessors, Jeff Sessions and Matthew Whitaker, who had disgraced the Department of Justice. They were fooled.

The real tragedy is that anyone left of center ever viewed Barr as a fair-minded institutionalist. The truth is that Barr has always been an aggressively partisan right-wing ideologue, bent on entrenching the most retrograde of GOP policies.

A longtime and fervent proponent of the "unitary executive" theory, which posits that all executive branch power is vested in the president and in its most extreme form amounts to a blueprint for presidential supremacy, Barr served as attorney general from 1991 to 1993 in the administration of George H.W. Bush. Barr is widely credited with using his position as attorney general at the time to secure pardons for six criminal defendants accused of breaking federal law in connection with the Iran-Contra scandal of the 1980s.

Related Topic(s): Attorney General William Barr; William Barr, Add Tags
Add to My Group(s)
Go To Commenting
The views expressed herein are the sole responsibility of the author and do not necessarily reflect those of this website or its editors.

Trump's Legal Woes Are Looming -- Will Ivanka Snitch on Her Father?

If the Supreme Court Won't Restore Voting Rights, Abolishing the Filibuster Will