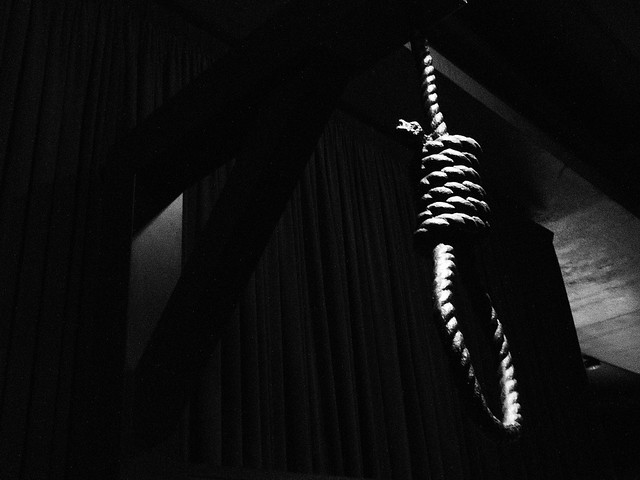 In yet another instance of Hindutva , a mob in the Indian state of Jharkhand thrashed and lynched a Muslim man for refusing to chant 'Jai Shri Ram' (hail the deity Ram) and 'Jai Hanuman' (hail the deity Hanuman). The victim of the incident that took place in Jharkhand on June 18, 24-year-old Tabrez Ansari, died on June 22 after he succumbed to his injuries in Seraikela Jail.

A graphic video of the lynching was shared on social media, enraging online users. Tweep @imMAK02 shared a video of the incident with the caption: "One more mob lynching, Jharkhand. Tabrez Ansari aka Sonu was brutally thrashed by a mob in suspicion of theft. When he told his name to the mob, then mob beat him up brutally. Yesterday he died. Welcome to Hindu Rashtra 2.0."

In the video, Ansari was seen on the floor, surrounded by a mob, as a man thrashed him with a stick and other heavy objects. Another video was uploaded by @imMAK02 where Ansari is seen with his hands behind his back, being forced to say Hindu phrases like 'Jai Shri Ram' (hail the deity Ram) and 'Jai Hanuman' (hail the deity Hanuman).

According to Police, the mob tortured the young man for 12 hours before turning him in. When Ansari was finally brought to police, those who handed him over claimed he had injured himself falling off a roof during an attempted burglary. After being refused immediate medical care, he later died as a result of his injuries.

Tabrez Ansari worked in Pune as a welder and a laborer and had come to his village in Jharkhand's Kharsawan district to celebrate Eid with his family. His family had also arranged his wedding during his visit.

Police arrested 11 people on Monday in connection with the lynching after the victim's family showed them the video of the incident that was already spreading rapidly . The disturbing 10 minutes-long clip shows Tabrez Ansari being beaten with sticks by at least a dozen people while tied to a pole.

Emboldened by the landslide victory of the Hindu rightist Bharatiya Janata Party (BJP) in the recent elections, Hindu extremist groups are attacking Muslims and other minority communities. Besides the brutal lynching of Tabrez, two other incidents were reported this week of Hindu extremists trying to force Muslims to chant Jai Shri Ram.

Hafeez Sahrukh Haldar, a 26-year-old madrasa teacher, told India Tomorrow that he was beaten up and pushed off a moving train by a group for not chanting 'Jai Shri Ram' while travelling from Canning in South 24 Parganas district to Hooghly in West Bengal on June 20.

"I was travelling to Hooghly when a group of people were chanting 'Jai Shri Ram' inside the compartment. They asked me to chant the same. When I refused, they started to beat me, nobody came to my rescue. The incident took place while the train was between Dhakuria and Park Circus stations. They pushed me off the train at Park Circus station. Some locals helped me," Haldar said. The police said the teacher had escaped with minor injuries.

In another incident the same day, a Delhi-based madrasa teacher was deliberately hit by a car in Rohini area when he was returning home from a mosque. The incident took place last Thursday evening (June 20) around 6:45 PM. Maulana Mohammad Momin said that he was asked to chant 'Jai Shri Ram' by three men aged around 30-35 years. When he refused to do so, they hit him with the car they were travelling in and ran away.

Momin said, "I was returning home from the nearby mosque around 6:45 PM. Three persons met me on the way. They were in a white car. They asked me to say 'Jai Shri Ram'. I refused to do so moved forward on my way. They hit me with the side of the car and ran away. I fell down on the road and became unconscious. People rushed to help me. They made a call to the police. Then I was rushed to Sanjay Gandhi Hospital where I got medical aid".

US report on attacks against minorities by Hindu extremist groups

The brutal assaults of Tabrez Ansari and others happened days after a US report about attacks on Christians, Muslims and other minorities by extremist Hindu groups. The US State Department, in its annual 2018 International Religious Freedom Report, said mob attacks by violent extremist Hindu groups against the minority communities, particularly Muslims, continued in India in 2018 amid rumors that the victims had traded or killed cows for beef, and the authorities often protected perpetrators from prosecution. The US report also said that some senior officials of the ruling BJP made inflammatory speeches against the minority communities.

Mandated by the Congress, the State Department in its voluminous report gives its assessment of the status of religious freedom in almost all countries and territories of the world. In the India , it said there were reports by nongovernmental organizations that the government sometimes failed to act on mob attacks on religious minorities, marginalized communities and critics of the government. The report also said that the central and state governments and members of political parties took steps that affected Muslim practices and institutions.