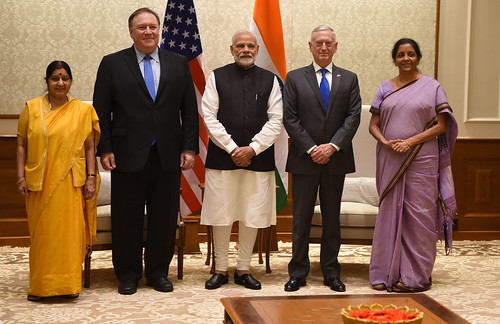 A video is viral on social media these days showing an Hindu extremist gang axing and brutally murdering a Muslim youth apparently working in a field in Uttar Pardesh ruled by the Prime Minister Narendra Modi's Bharatiya Janata Party (BJP).

Alarmingly, the video of the brutal murder of a Muslim youth came as a 15-year-old Muslim boy was set on fire on Sunday (July 28) by four people in Chandauli district (UP) when the boy refused to chant "Jai Shri Ram".

He gave this statement on the hospital's camera: "I was walking on Dudhari bridge when four men kidnapped me. Two of them tied my hand and third one started pouring kerosene. After which they set me on fire and ran away," he said adding, he was being forced to chant "Jai Shri Ram". [Outlook India]

Lynching of Minorities in BJP-ruled States Continue with Impunity

The Communist Party of India (Marxist) general secretary Sitaram Yechury on Sunday said that lynching of minorities in BJP-ruled states "continue with impunity", reacting to reports of a retired Army captain beaten to death by unidentified assailants in UP.

64-year-old retired Army officer, Amanullah, was beaten to death on Saturday night in Godiyan ka Purva village in Amethi district, according to police. "Lynchings of minorities in BJP ruled states continues with impunity. That the victim was a retired army officer only bears testimony to the level of hatred being fuelled by this political ideology where those responsible for punishing lynchers protect them," he tweeted.

There is an alarming increase in the incidents of killing and forcing Muslims to chant "Jai Shri Ram" after the landslide victory of Prime Minister Narendra Modi in this year's general election. Narendra Modi is a member of the extremists Rashtriya Swayamsevak Sangh (RSS) since when he was 21 year old.

It may also be mention that 49 celebrities from different backgrounds penned an open letter to Prime Minister Narendra Modi calling for an end to mob lynching and demanded exemplary action against the perpetrators.

They had pointed out that 254 religious identity-based hate crimes were reported between January 1, 2009, and October 29, 2018, regretting that not much has been done to tackle the issue.

Instead of calling mob-lynching a crime, RSS chief Bhagwat calls it an attempt to 'defame' Hindus

Instead of reprimanding and criticizing those encouraging mob lynching, RSS chief Mohan Bhagwat chose to make it about defaming Indian culture.

Refusing to acknowledge that several of these Hindu extremists were part of the Sangh Parivar, Bhagwat said that some anti-social elements were trying to spread hatred through mob lynching. And he asked the members of Sangh Parivar to "be cautious".

"There is a deep conspiracy of defaming Hindu religion and culture in the name of mob violence in the country nowadays," Bhagwat said in Vrindavan UP.

The Sangh Parivar (translation: "Family of the [Rashtriya Swayamsevak] Sangh" or the "RSS family" refers, as an umbrella term, to the collection of Hindu nationalist organisations spawned by the Rashtriya Swayamsevak Sangh (RSS) and remain affiliated to it. These include the political party Bharatiya Janata Party, religious organisation Vishva Hindu Parishad, students union Akhil Bharatiya Vidyarthi Parishad, and the worker's union Bharatiya Kishan Sangh.

Author and journalist. Author of Islamic Pakistan: Illusions & Reality; Islam in the Post-Cold War Era; Islam & Modernism; Islam & Muslims in the Post-9/11 America. Currently working as free lance journalist. Executive Editor of American (more...)
Related Topic(s): Bharatiya Janata Party; Gangsters; Hindu Rashtra; Hinduvita; India; Muslims; Rashtriya Swayamsevak Sangh, Add Tags
Add to My Group(s)
Go To Commenting
The views expressed herein are the sole responsibility of the author and do not necessarily reflect those of this website or its editors.