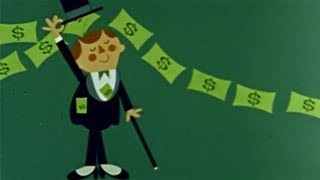 The explosion in the pay of corporate CEOs is well documented. While the heads of major corporations were always well paid, we saw their pay go from 20- to 30-times the pay of ordinary workers in the 1960s and 1970s to 200- or 300-times the pay of ordinary workers in recent years. Paychecks of more than $20 million a year are now standard, and it's not uncommon to see a top executive haul in more than $40 or $50 million in a single year.

Soaring CEO pay is an important part of the story of the rise in inequality over the last four decades. These people are all in the top 0.01 percent or even 0.001 percent of the income distribution.

The high pay of CEOs lifts the pay for other top executives. If the CEO is getting $25 million a year, it is likely that people directly under her are making salaries of $3 to $5 million, and quite possibly considerably more. If CEOs were earning $2 million, most likely the next tier of workers would be earning in the neighborhood of $1 million. And, it's just straight logic that higher pay at the top means less for everyone else.

In addition, the high pay at the top of the corporate ladder gets transmitted to other sectors. It is now common to see university presidents and heads of charities and other nonprofits get pay in excess of $1 million or even $2 million a year. They can truthfully say that they would get far higher pay if they ran comparably sized organizations in the corporate sector.

There is an ongoing debate in the economics profession over the reason for the jump in CEO pay. Many economists argue that higher pay reflects the growing importance of CEO performance to the company. Their argument is that a good CEO, who can skillfully steer a company through a rapidly changing market environment, can add billions of dollars to shareholder value. In this context, the shareholders can still come out way ahead even if they are paying out $40 or $50 million a year to their CEOs.

The contrasting position is that CEOs often walk away with massive paychecks even when they have done little or nothing to add value for shareholders. (It is assumed that CEOs are being rewarded for helping shareholders, not for benefitting employees or society as a whole.) The CEOs of major oil companies got huge pay raises as a result of the rise in world oil prices in the last decade, a factor that was pretty much out of their control. This implies that high pay is a result of the failure of corporate governance, where shareholders lack the ability to effectively control CEO pay.

In a new paper, Jessica Schieder of the Economic Policy Institute and I examined the impact of a cap in the deductibility of CEO pay. A provision in the Affordable Care Act (ACA) prevented health insurers from deducting more than $500,000 of CEO pay from their taxes. This meant that a dollar of CEO pay went from costing companies 65 cents in after-tax dollars to costing them a full dollar, an increase of more than 50 percent.

If CEO pay was closely related to the returns the CEOs provided to shareholders, this provision should have led to a fall in the pay of CEOs at health insurers, relative to other companies. We tested the impact of this ACA provision, controlling for profits, revenues, stock prices and other factors expected to affect CEO pay. We could find zero evidence that the provision had any effect whatsoever in lowering the pay of CEOs in the insurance industry.

The directors are appointed through a process that is dominated by top management. Being a director is a very cushy job, typically paying in the hundreds of thousands of dollars for perhaps a 150 hours of work annually. As long as directors have the support of management, it is almost impossible for them to be removed. Over 99 percent are reelected. In this context, directors have no incentive to ask questions like "can we pay our CEO less?"

It is possible to change the incentive structure. A provision in the Dodd-Frank financial reform bill requires a triannual "say on pay" vote by shareholders. This is a nonbinding vote in which shareholders vote yes or no on a CEO pay package. Less than 3 percent of packages are voted down. Interest is generally low because there is little consequence from a no vote.

But the law could be changed to have more consequence. Suppose directors sacrificed their pay if the shareholders voted no. This would give them a real incentive to ask whether they could pay their CEO less.

This, and other changes to corporate governance could rein in CEO pay and help to reduce inequality. It will require more thought and much struggle to determine the best set of reforms. However, there is one thing on which we feel confident, based on this new research: Limiting tax deductibility of CEO pay is not the answer.

Dr. Dean Baker is a macroeconomist and Co-Director of the Center for Economic and Policy Research in Washington, D.C. He previously worked as a senior economist at the Economic Policy Institute and an assistant professor at Bucknell University. (more...)
Related Topic(s): Ceo Pay; Corporate; Friends; Inequality; Work, Add Tags
Add to My Group(s)
Go To Commenting
The views expressed herein are the sole responsibility of the author and do not necessarily reflect those of this website or its editors.