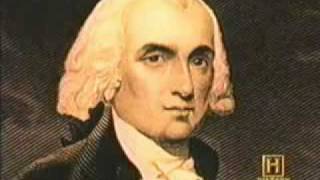 There has been much discussion about what the framers of the Constitution thought about impeachment of the president, particularly given the wide range of impeachable things Trump has done, and the debate around whether impeaching him is consistent with the thoughts of the men who wrote the Constitution's impeachment clause. (At the time, they'd not yet settled on the term "president" so they referred to the president at the "executive" or "magistrate.")

Here are the framers' own words, recorded by the hand of James Madison, in Philadelphia on Friday, July 20, 1787, during the Constitutional Convention, emphasis added:

Mr. PINCKNEY observed, he ought not to be impeachable whilst in office.

Mr. DAVIE. If he be not impeachable whilst in office, he will spare no efforts or means whatever, to get himself reëlected. He considered this as an essential security for the good behavior of the executive.

Mr. WILSON concurred in the necessity of making the executive impeachable whilst in office.

Mr. GOUVERNEUR MORRIS. He can do no criminal act without coadjutors, who may be punished. In case he should be reëlected, that will be a sufficient proof of his innocence. Besides, who is to impeach? Is the impeachment to suspend his functions? If it is not, the mischief will go on. If it is, the impeachment will be nearly equivalent to a displacement, and will render the executive dependent on those who are to impeach.

Col. MASON. No point is of more importance than that the right of impeachment should be continued. Shall any man be above justice? Above all, shall that man be above it who can commit the most extensive injustice? When great crimes were committed, he was for punishing the principal as well as the coadjutors. There had been much debate and difficulty as to the mode of choosing the executive. He approved of that which had been adopted at first, namely, of referring the appointment to the national legislature. One objection against electors was the danger of their being corrupted by the candidates, and this furnished a peculiar reason in favor of impeachments whilst in office. Shall the man who has practised corruption, and by that means procured his appointment in the first instance, be suffered to escape punishment by repeating his guilt?

Dr. FRANKLIN was for retaining the clause, as favorable to the executive. History furnishes one example only of a first magistrate being formally brought to public justice. Every body cried out against this as unconstitutional. What was the practice before this, in cases where the chief magistrate rendered himself obnoxious: Why, recourse was had to assassination, in which he was not only deprived of his life, but of the opportunity of vindicating his character. It would be the best way, therefore, to provide in the Constitution for the regular punishment of the executive, where his misconduct should deserve it, and for his honorable acquittal, where he should be unjustly accused.

Mr. GOUVERNEUR MORRIS admits corruption, and some few other offences, to be such as ought to be impeachable; but thought the cases ought to be enumerated and defined.

Mr. MADISON thought it indispensable that some provision should be made for defending the community against the incapacity, negligence, or perfidy of the chief magistrate. The limitation of the period of his service was not a sufficient security. He might lose his capacity after his appointment. He might pervert his administration into a scheme of peculation [enriching himself with public money] or oppression. He might betray his trust to foreign powers. The case of the executive magistracy was very distinguishable from that of the legislature, or any other public body holding offices of limited duration. It could not be presumed that all, or even the majority, of the members of an assembly would either lose their capacity for discharging, or be bribed to betray, their trust. Besides the restraints of their personal integrity and honor, the difficulty of acting in concert for purposes of corruption was a security to the public. And if one or a few members only should be seduced, the soundness of the remaining members would maintain the integrity and fidelity of the body. In the case of the executive magistracy, which was to be administered by a single man, loss of capacity, or corruption, was more within the compass of probable events, and either of them might be fatal to the republic.

Mr. PINCKNEY did not see the necessity of impeachments. He was sure they ought not to issue from the legislature, who would in that case hold them as a rod over the executive, and by that means effectually destroy his independence. His revisionary power, in particular, would be rendered altogether insignificant.

Mr. GERRY urged the necessity of impeachments. A good magistrate will not fear them. A bad one ought to be kept in fear of them. He hoped the maxim would never be adopted here, that the chief magistrate could do no wrong.

Mr. KING expressed his apprehensions that an extreme caution in favor of liberty might enervate the government we were forming. He wished the House to recur to the primitive axiom, that the three great departments of government should be separate and independent; that the executive and judiciary should be so as well as the legislative; that the executive should be so equally with the judiciary. Would this be the case if the executive should be impeachable? It had been said that the judiciary would be impeachable. But it should have been remembered, at the same time, that the judiciary hold their places not for a limited time, but during good behavior. It is necessary, therefore, that a form should be established for trying misbehavior. Was the executive to hold his place during good behavior? The executive was to hold his place for a limited time, like the members of the legislature. Like them, particularly the Senate, whose members would continue in appointment the same term of six years, he would periodically be tried for his behavior by his electors, who would continue or discontinue him in trust according to the manner in which he had discharged it. Like them, therefore, he ought to be subject to no intermediate trial, by impeachment. He ought not to be impeachable unless he held his office during good behavior -- a tenure which would be most agreeable to him, provided an independent and effectual forum could be devised . But under no circumstances ought he to be impeachable by the legislature. This would be destructive of his independence, and of the principles of the Constitution. He relied on the vigor of the executive, as a great security for the public liberties.

Mr. RANDOLPH. The propriety of impeachments was a favorite principle with him. Guilt, wherever found, ought to be punished. The executive will have great opportunities of abusing his power, particularly in time of war, when the military force, and in some respects the public money, will be in his hands. Should no regular punishment be provided, it will be irregularly inflicted by tumults and insurrections. He is aware of the necessity of proceeding with a cautious hand, and of excluding, as much as possible, the influence of the legislature from the business. He suggested for consideration an idea which had fallen, (from Colonel Hamilton,) of composing a forum out of the judges belonging to the states; and even of requiring some preliminary inquest, whether just ground of impeachment existed.

Related Topic(s): Constitution In Crisis; Constitutional Issues; Impeachment; Judges; Punishment; Treachery; Trump, Add Tags
Add to My Group(s)
Go To Commenting
The views expressed herein are the sole responsibility of the author and do not necessarily reflect those of this website or its editors.