Michael Cohen pleads guilty to lying to Congress and reveals that Trump's company hooked up with Moscow. 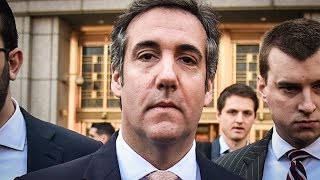 More lying and more evidence of a significant Trump-Russia connection -- that's the story behind Michael Cohen's latest guilty plea. And it shows that Donald Trump's company in 2016 was trying to collude with Russian President Vladimir Putin in order to develop a Trump business project in Moscow.

On Thursday morning, special counsel Robert Mueller released a court filing explaining the charge of lying to Congress to which Cohen, Trump's former lawyer and fixer, has pleaded guilty. The charge is based on statements that Cohen made to the House and Senate intelligence committees about a deal Trump was pursuing in 2015 and 2016 to build a Trump tower in the Russian capital.

On this Moscow venture, Trump and Cohen were working with Felix Sater, an ex-felon and real estate developer who had previously done business with the pair, and the wheeling-and-dealing was occurring while Trump was running for president. During this stretch, Trump the candidate often spoke positively about Putin and refused to criticize him -- and never publicly disclosed that he was attempting to negotiate a big deal in Russia that could not proceed if Putin's government opposed it. This meant that Trump hid from voters one of the most significant conflicts of interest in the modern history of US political campaigns.

News of Trump's secret deal in Russia did not emerge until after the 2016 election. And when the story came out, Cohen insisted that though Trump had been involved in the project, he (Cohen) ended the venture on his own in January 2016. Cohen also said he had tried to contact Dmitry Peskov, a top aide to Putin, for assistance, but that he had only used an email address he found on the internet for Peskov's office and never heard back. That's the tale he told the congressional committees: He killed the project before the 2016 primaries began, and he did not make contact with Putin's office.

This was all a lie.

According to the document Mueller filed, negotiations for the Moscow deal went on at least until June 2016, when Trump was the presumptive GOP nominee, and Cohen did make contact with Putin's office. Cohen also admitted to Mueller that he spoke with Trump more often about the Russia project than he had told Congress.

The real story, Cohen acknowledged, was that Cohen emailed Peskov's office twice, seeking help from Putin's aide. According to the filing, Cohen heard back from Peskov's personal assistant, who asked that he call her. Cohen called her and explained the project, providing the name of the Russian development company with which the Trump Organization was working. Cohen asked her for help in moving the project forward, both in securing land for the proposed Trump tower and finding financing for the endeavor. Peskov's assistant asked detailed questions, took notes, and said she would take up the matter with others in Russia. The next day, Sater contacted Cohen and asked Cohen to call him, noting, "It's about [the President of Russia] they called today."

A fair reading of this is that Cohen's call to Peskov's office paid off: The next day someone connected to Putin got involved.

This is a stunning development. During the campaign and afterward, Trump repeatedly said he had no business links with Russia. On July 27, 2016, he proclaimed, "I have nothing to do with Russia. I don't have any jobs in Russia. I'm all over the world but we're not involved in Russia." And during a January 2017 press conference, he said, "I have no deals that could have been Russia, because we've stayed away." These statements had already been proved false by the previous news of the Moscow deal. But the Mueller filing shows that Trump was even more involved in this deal and that it included a major interaction between the Trump Organization and Putin's office.

Go to Mother Jones to read this entire article.

David Corn is  Mother Jones ' Washington bureau chief. For more of his stories,  click here . He's also  on  Twitter  and  Facebook .  RSS  |  TWITTER  David is (more...)
Related Topic(s): Michael Cohen; Office Of Special Council; Trump And Putin; Trump Crime; Trump Illegality; Trump Liar; Trump Russia Connection, Add Tags
Add to My Group(s)
Go To Commenting
The views expressed herein are the sole responsibility of the author and do not necessarily reflect those of this website or its editors.