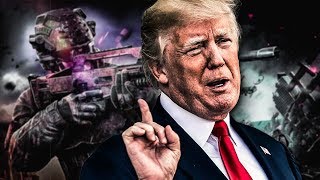 I'm from Dayton so I'm thinking about this today: Why hasn't Congress done anything to address our national epidemic of mass shootings, namely reviving the assault weapons ban? People -- Democrats and not a few Republicans -- ask me that all the time. I bet all left-leaning pundits get that question.

The answer is simple. But it's not something most people want to hear. It's the same answer I give to another question I get a lot: why hasn't Trump been impeached?

Congress hasn't gotten off its collective pasty lobbyist-fattened ass because the streets of every major city are not currently filled with millions of pissed-off people throwing rocks at store windows and who refuse to go home until Congress passes real gun control.

Democratic voters want Trump impeached. They want it -- lackadaisically. They don't want him impeached so badly that millions of demonstrators are willing to fill the streets of every major city day after day, night after night, turning over police cars and setting stuff on fire, until Nancy Pelosi begins impeachment hearings.

This is a fun game! You name an issue lots of people care about. I'll explain why the political class is ignoring it.

For example: What with experts predicting imminent human extinction, 98% of Americans are worried about climate change. (Who are the 2%? Happy to die but too lazy to commit suicide?) So why isn't the U.S. government doing anything about it? Because -- yes, you've got it now -- the streets of America's major cities are not choked by millions of citizens up for breaking things and fighting back the cops 24-7 until the politicians do something to increase humanity's odds of survival.

You may disagree with my answers on the grounds that breaking windows is mean to store-owners, that burning things generates toxic gases, that cops are scary or that it's more fun to sit home watching TV or playing video games than to run around in the streets dodging tear gas. You can rightly point out that the United States has no organized left-wing political group, much less one on the grassroots level, capable of organizing a mass street movement. You can, even more rightly, point out that we shouldn't have to take to the streets because it's Congress' goddamn job to fix the environment and get rid of our insane president and ban the sale of military-grade guns to inbred derps.

What you cannot argue is that I am wrong.

It is an irrefutable incontrovertible fact that, when the nation's cities are clogged with millions of angry Americans demanding radical change day after night after day after night, who break stuff and refuse to disperse and fight back against the cops and are willing to get beaten up and sometimes killed for their cause, and it's impossible to carry on business as usual, our worthless public officials will yield to their demands and do what's right.

Until then, mass shooters will continue to terrorize our public spaces, SUVs will belch greenhouse gases and Trump will tweet crazy racist BS. Bad things happen because good people don't force them to stop.

Wishing out loud for other people, like Congress, to do something is worse than worthless. It's damaging. You're abdicating your responsibility to act. If you trust in "leaders" whose history shows they can't be trusted, you're committing political suicide.

Related Topic(s): Climate Change; Congress; Congress Failed Oversight Democracy; Congressional Crime; Shootings; Trump Cruelty; Video; Violence Prevention; Weapons, Add Tags
Add to My Group(s)
Go To Commenting
The views expressed herein are the sole responsibility of the author and do not necessarily reflect those of this website or its editors.