Here Is Why Covid May Start a Meat Export Trade War 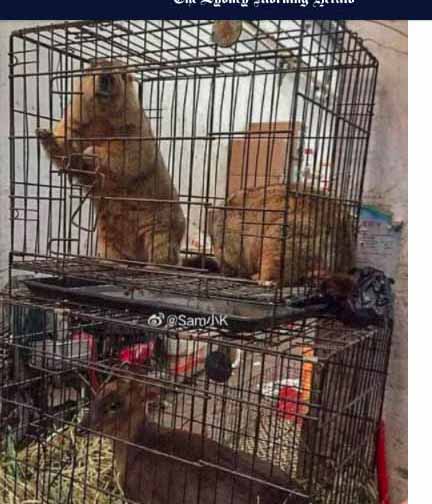 On June 21, the official China website posted that products from Tyson Foods' Springdale, Arkansas plant "that have arrived or are about to arrive in Hong Kong will be temporarily suspended by the customs department." Two days earlier, 455 Tyson Foods workers living in Benton and Washington counties in which Springdale is located were found to be positive. Most were asymptomatic.

Tyson is the world's second largest chicken, beef and pork producer. Being boycotted by China, a country with arguably the world's worst food safety standards, adds to the list of Tyson's safety and corruption violations which can be found here.

The meat industry and public health groups say transmission of a virus like SARS or MERS through meat is unlikely. But apparently China, whose love of eating palm civet cats mired it into a huge SARS outbreak, is less sure. Scientists also have their doubts.

Researchers writing in the EMBO journal found the enzyme called ACE2 would bind to the SARS virus whether derived from humans or palm civet cats. Proteins on the virus "utilized palm-civet ACE2 efficiently," write the researchers meaning the disease can be in the meat.

Researchers writing in the Journal of Virology concurred. "The efficiency with which virus from both [studied] human outbreaks utilized palm civet receptor is consistent with the recent transfer of SARS-CoV from palm civets to humans," they wrote.

Related Topic(s): Animals; Corona Virus Coronavirus Covid-19; Covid-19 Scam; Endangered Animals; Exotic Animals; Export-import Bank; Exports; Trade Barriers; Trade Deficit, Add Tags
Add to My Group(s)
Go To Commenting
The views expressed herein are the sole responsibility of the author and do not necessarily reflect those of this website or its editors.