When the 'boy mayor' of Cleveland took a stand against privatization of public power, the region's elites deployed every weapon in their arsenal against him, including attempted assasination. 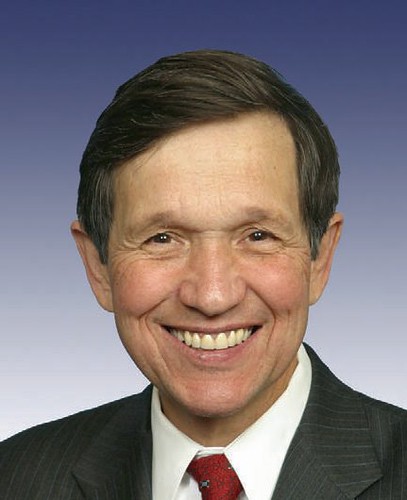 "The Division of Light and Power," by Dennis Kucinich, like Robert Caro's "The Power Broker: Robert Moses and the Fall of New York ," is a gripping, moving and lucidly written account of the hidden mechanisms of corporate power in the United States and what happens when these corporate interests are challenged. It is essential reading, especially as we face an intensified corporate assault, done in the name of fiscal necessity following the financial wounds imposed by the pandemic, to seize total control of all public assets.

Kucinich warns that this assault is more than the seizure of public assets for private gain. These corporate forces, which function as a shadow government in Washington and cities across the country, threaten to achieve a monolithic lock on all forms of power and extinguish our anemic democracy. As Kucinich discovered throughout his career, these corporate forces will deploy every weapon in their arsenal against those brave or foolish enough to defy them. "The Division of Light and Power"is destined to become a classic text for those who seek to understand the corporate coup d'etat that took place in the United States in the late 20th and early 21st centuries. 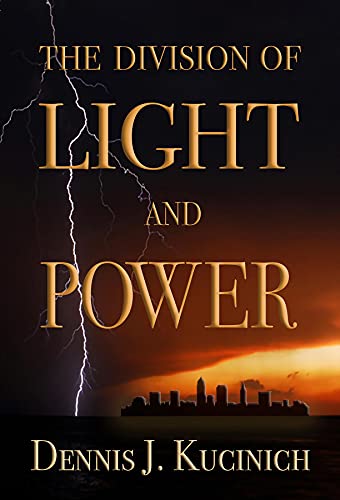 "People who say, 'You can't fight City Hall,' don't know where it is," writes Kucinich, who battled Cleveland's big banks and corporations as a member of the city council and as mayor. "You have to find it before you can fight it. City Hall was not only the Doric gray-stone temple on East Sixth and Lakeside Avenue in downtown Cleveland. City Hall was the boardroom of Cleveland's banks, its investor-owned utilities, its real estate combines and the mob. In Cleveland, City Hall was in the shadows, a giant specter invisible to the people of the city. I brought the invisible City Hall to light, with great consequences for my city, my family, my friends and myself. I was the Mayor and I fought City Hall."

Kucinich, a diminutive 23-year-old, who was often mistaken for the paperboy when he campaigned door to door, had just been elected at the opening of the book to be the new Councilman from Ward Seven. Kucinich grew up in Ward Seven in extreme poverty. His family struggled to pay rent and utility bills. They endured evictions and at one point were forced to sleep in their car. Ward Seven was, he recalls, where "I went to high school, where church spires and pipe-organ smokestacks reached to a smudged sky. A neighborhood populated by a steely league of nations who spoke Polish, Greek, Slovak, Ukrainian, Russian, Arabic, Spanish, and occasionally English. A neighborhood of narrow streets lined with old men wearing white shirts and suspenders, and old ladies wearing babushkas and carrying shopping bags that dangled just above their socks, paraded up and down the small commercial district on Professor Avenue."

Because he would not abandon his neighborhood, his people, he was on a collision course with the monied elites who ran the city.

The seasoned politicians in city hall assumed that Kucinich, like themselves, would sell out the voters for his own political and economic advancement. No one thought he was serious about defending those who elected him. They welcomed him to the cynical club of our bought-and-paid-for political class and explained the inner workings of our system of legalized bribery. He was young. He was talented. He would go far, the political hacks assured him, if he did the bidding of the real centers of power.

"These pros knew that every one of the 33 Cleveland City Council seats were won with campaign contributions from banks who held city deposits, money from phone, gas, and electric interests, or downtown real estate developers who never lost an election because they always bet on both sides," Kucinich writes.

"One middle-aged Councilman, an attorney from a neighboring ward, let's call him Richard, befriended me, confiding, "Dennis, there are a lot of legitimate ways you can make money in politics. Nothing dishonest, mind you. Opportunities come to people who hold office," he said.

Related Topic(s): Accountability; Assasination; Corporate Corruption Crime; Corporate Crimes; Corporate Media; Corporate_criminality; Kucinich-Dennis; Mayor, Add Tags
Add to My Group(s)
Go To Commenting
The views expressed herein are the sole responsibility of the author and do not necessarily reflect those of this website or its editors.