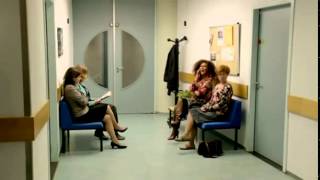 Here are some aspects of Medicare for all that advocates should be mentioning in response to opponents weak, wrong criticism that it takes away healthcare from people who like what they have.

Medicare For All Will Liberate Millions of Healthcare Slaves

So they are stuck, sometimes for years, even decades, unable to leave those jobs.

Merriam Webster offers this as a second definition of slavery:

2 : submission to a dominating influence.

Medicare For All Offers Freedom and Liberty where the current system does not.

Medicare For All Helps US Companies Be More Competitive Internationally

Medicare for All Can Help Employees Get Higher Take-Home Pay

The same reasons listed in the previous paragraph contribute to enabling employers to pay employees more.

Once M4A is in place, Pharmaceutical companies will be forced to negotiate and lower prices. This will save families a lot of money.

Most People Have Relatives Either Under-insured or Without Insurance

Related Topic(s): Health Care; Medicare For All, Add Tags
Add to My Group(s)
Go To Commenting
The views expressed herein are the sole responsibility of the author and do not necessarily reflect those of this website or its editors.