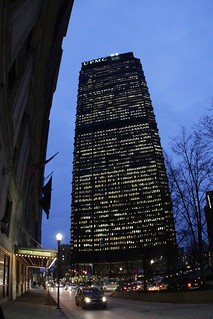 There are so many things wrong with US and global health care that it is easy to get lost in the details, and despair of finding solutions. Keep in mind, however, that the intractability of many of the problems may be quite man made. Many problems may persist because the status quo is so beneficial to some people.

The Current Troubles at UPMC

Consider, for example, the troubles that have recently plagued UPMC, the giant health care system in western Pennsylvania. In the last month, the following reports have appeared.

On May 15, the Pittsburgh Tribune-Review reported,

Personal data may have been stolen from more than 2,000 UPMC patients by an employee of an outside company the hospital giant used to handle emergency room billing, the latest in a string of data thefts to hit Pittsburgh health companies.

Note that this was only the most recent data breach at UPMC,


UPMC was the victim of a data breach last year in which Social Security numbers and other sensitive data from all 62,000 UPMC employees were stolen when thieves hacked into an employee database at the health system.

The confidentiality of patient records is a major responsibility of health care professionals and hospitals. Yet UPMC does not seem to be doing a good job in protecting such confidentiality.

The Pittsburgh Business Times reported on May 21,


Health system UPMC will defend its decision to cut 182,000 seniors from its provider network at a Commonwealth Court hearing May 27 in Harrisburg.

The hearing will determine whether UPMC complied with a consent decree that was reached last year and intended to protect 'vulnerable' populations from fallout of the messy Highmark-UPMC divorce. The seniors have Medicare Advantage coverage through UPMC rival Highmark Inc., and most commercial contract relations between the two health care titans ended Dec. 31.

Related Topic(s): For-profit Hospitals; Greed; Health Care; Hospital, Add Tags
Add to My Group(s)
Go To Commenting
The views expressed herein are the sole responsibility of the author and do not necessarily reflect those of this website or its editors.

Who Benefits? - Despite All its Troubles, Multi-Million Dollar Executive Compensation Persists at UPMC