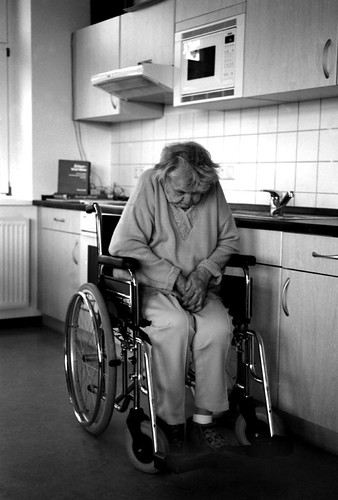 Not for thee
(Image by ulrichkarljoho)   Details   DMCA

The turmoil swirling around the new Trump administration has flushed into the open some things that the public heretofore was probably not meant to see....

We have been writing a lot lately about how the insiders who run large health care organizations, and benefit mightily therefrom, try very hard to control the health care policy discourse, and keep us distracted from their wizardry behind the curtain. Again, these days the curtain is likely to get blown away.

Wednesday night, text leaked of a new Republican amendment to the party's health care bill, the American Health Care Act, which was part of an ongoing effort to revive the bill in the House.

The amendment would allow states to opt out of some politically popular Obamacare provisions, like the requirement to charge sick people the same prices as healthy people, or to cover a core set of benefits.

Health law expert Tim Jost called me when he noticed something surprising on the sixth page of the amendment: an exemption for the health insurance of legislators and their staff. This means that members of Congress and their aides would be guaranteed access to Obamacare provisions that constituents could lose.

I wrote about it. It caused a stir. Twelve hours later, Republican legislators appear to be split -- but not over the exemption policy itself. Instead, they have disputed whether it even exists.

This morning alone, legislators have claimed that the exemption never existed, that it does exist and was inserted by senators, and that it used to exist but has been removed.

This is conceptually like other special health care deals that insiders and the wealthy can get now, like "VIP care" at hospitals (look here, here, and here), or executive health plans for top corporate managers (look here). Such privileges allow the American version of the nomenklatura to get better health care than the little people get (just like Soviet apparatchiks could get much better care than the proletariat, and now like Putin and his cronies will have access to a special health clinic, according to Reuters, via Business Insider.)

It is likely that the persistence of health care dysfunction in the US has been driven in part by the ability of the rich and insiders to bypass the current system. And this ability may have been in turn driven by how insiders have been able to manipulate the public discussion of health care policy to conceal such unpleasant truths (as noted here and here).

To ever achieve true health care reform, we need an honest discussion of what is wrong with health care, and especially of how the system has been rigged to protect the insiders who currently benefit the most from the status quo.

ADDENDUM (4 May, 2017) - According to Sarah Kliff at Vox News (look here and here) that barely passed the US House of Representatives still allows federal legislators and their staffs to keep their own protection from discrimination due to preexisting illness. As she noted,

Republican legislators liked this policy well enough to offer it in a new amendment. They do not, however, seem to like it enough to have it apply to themselves and their staff.

Related Topic(s): Health Care Repeal; Obamacare; Repeal; Repeal Obamacare, Add Tags
Add to My Group(s)
Go To Commenting
The views expressed herein are the sole responsibility of the author and do not necessarily reflect those of this website or its editors.