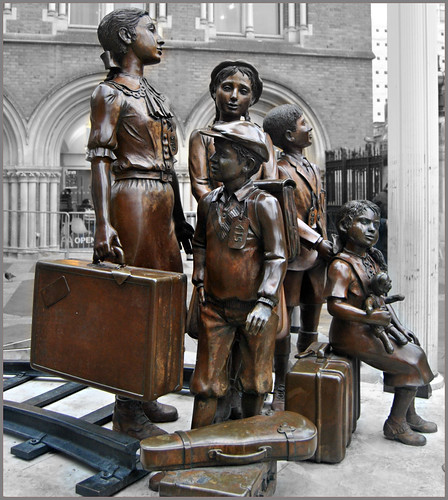 The State of Hawaii lawyers have called the travel ban nothing more than "Muslim Ban 2.0" and asked a federal judge to temporarily block the order.

"Nothing of substance has changed: There is the same blanket ban on entry from Muslim-majority countries (minus one)," Hawaii Attorney General Doug Chin said of the new order. "Under the pretense of national security, it still targets immigrants and refugees. It leaves the door open for even further restrictions," Chin added.

U.S. District Court Judge Derrick Watson in Hawaii said the state could add to its initial lawsuit, which had challenged Trump's original ban signed in January.

A hearing is set for March 15, a day before the new ban is to go into effect.

The complaint enumerates eleven instances where Trump made comments related to intending a Muslim ban, including promises during his campaign and statements like "If I win, they're going back!" about Syrian refugees.

Hawaii says its state universities would be harmed by the order because they would have trouble recruiting students and faculty. It also says the island state's economy would be hit by a decline in tourism. Hawaii asserts that the new order violates the establishment clause of the First Amendment because it is essentially a Muslim ban.

The revised travel order changed and replaced an original, more sweeping ban issued on Jan. 27 that caused chaos and protests at airports and was challenged in more than two dozen lawsuits around the country. A federal judge in Seattle put the first order on hold, in a decision upheld by an appeals court in San Francisco.

"President Trump's new Executive Order is antithetical to Hawaii's State identity and spirit," lawyers for the state wrote. "For many in Hawaii, including State officials, the Executive Order conjures up the memory of the Chinese Exclusion Acts and the imposition of martial law and Japanese internment after the bombing of Pearl Harbor."

Just hours after the new order was signed, a group of plaintiffs led by the Arab American Civil Rights League announced its intention to file an amended complaint in a case challenging the original order. Shortly after the new order was announced by the White House Monday morning, the American Civil Liberties Union said it expects continued legal challenges over the constitutionality of the order, which the group referred to as "Muslim Ban 2.0." "The Trump administration has conceded that its original Muslim ban was indefensible. Unfortunately, it has replaced it with a scaled-back version that shares the same fatal flaws," Omar Jadwat, director of the ACLU's Immigrants' Rights Project, said in a written statement. "The only way to actually fix the Muslim ban is not to have a Muslim ban. Instead, President Trump has recommitted himself to religious discrimination, and he can expect continued disapproval from both the courts and the people."

Writing an opinion piece in the Los Angeles Times, Erwin Chemerinsky, Professor of 1st Amendment Law at the UC Irvine School of Law, said President Trump's new travel ban is wrong, illegal and irrational, just like the old travel ban. "It is both wrong and illegal to assume that a person is more likely to be dangerous because of his or her religion, national origin, race or ethnicity. It is irrational to believe that refugees fleeing persecution are a national security threat."

There is no good reason to believe that travelers or refugees from the listed countries pose a special threat to the United States, Prof Chemerinsky argued and added: Federal Judge Leonie Brinkema of the Eastern District of Virginia, in enjoining the earlier travel ban, quoted 10 national security professionals who have served in top government positions and who declared that since the Sept. 11 attacks, "not a single terrorist attack in the United States has been perpetrated by aliens from the countries named in the order." The Sept. 11 attacks -- which were mentioned several times in the initial order -- weren't carried out by citizens of the named countries, either; the attackers were mostly from Saudi Arabia.

The Ninth Circuit panel similarly stated: "Government has pointed to no evidence that any alien from any of the countries named in the Order has perpetrated a terrorist attack in the United States."

There are other serious legal problems with the new travel ban, according to Prof Chemerinsky. In 1965, Congress enacted the Immigration and Nationality Act, which states that no person can be "discriminated against in the issuance of an immigrant visa because of the person's race, sex, nationality, place of birth or place of residence." Absent a specific authorization by Congress, the president cannot simply decide to exclude Somalis, Iranians and so forth.