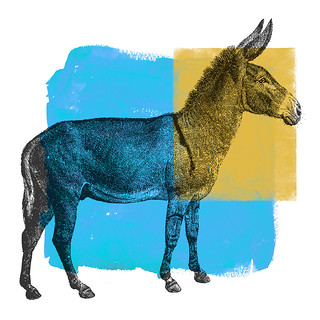 Bernie Sanders had a record number of supporters turn out to give him a 22 percent win over Hillary Clinton in the New Hampshire primaries.

Despite the fact that Clinton suffered the second biggest defeat in New Hampshire's history, both candidates walked away from New Hampshire with 15 delegates.

Because in the Democratic Party, unpledged delegates, also known as "superdelegates," don't have to support the same candidate as the majority of voters.

In fact, the whole point of superdelegates is to give the party elite more control over the primary process.

That's not a conspiracy theory, that's what the chair of the Democratic National Committee (DNC) recently told Jake Tapper.

That's right, the chair of the DNC said that unpledged "superdelegates" are meant to be a bulwark against grassroots movements in the Democratic Party.

Unpledged superdelegates have been a part of the Democratic Primary process ever since Ted Kennedy supporters challenged sitting President Jimmy Carter for the democratic nomination in 1980.

Democrats had started to feel like their primary process had become too chaotic, and that it was resulting in nominees that ended up losing in the general election.

So the party decided to make their primary process just a little less Democratic by cordoning off a percentage of the total available delegates as "unpledged delegates" who don't have to support the candidate that the majority of primary voters and caucus-goers choose.

It was a move in the wrong direction -- it wrested control away from voters and made the Democratic primaries fundamentally less democratic.

And the Democratic Party has only accelerated the process of handing the party over to the economic elites in our country ever since then.

Back in 1992, Al From and the Democratic Leadership Council fundamentally changed the Democratic party with a "bloodless coup" that put Bill Clinton in the White House and replaced the Democratic agenda of FDR, JFK and LBJ with the agendas of Wall Street and global corporations.

Since then, the party ranks have been filled with third-way corporate Democrats and lobbyists.

Related Topic(s): Democratic Party; Democratic Sellout; Primaries; Superdelegate, Add Tags
Add to My Group(s)
Go To Commenting
The views expressed herein are the sole responsibility of the author and do not necessarily reflect those of this website or its editors.