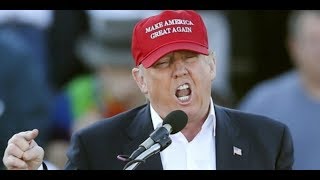 Demagogues rarely commit violence directly. Instead, they use blame, ridicule, fear and hate -- and then leave the violence to others. That way, they can always claim "it wasn't me. I don't have blood on my hands."

Of the tens of millions of Americans that the Trump-Fox News regime has made fearful, only a small percentage -- say, a hundred thousand -- have been moved to hate the objects of that fear.

And of those hundred thousand, only a relative handful -- say, a few thousand -- have been motivated to act on that hate, posting loathsome messages online, sending death threats, spray-painting swastikas.

And of that few thousand, a tiny subset, perhaps no more than a hundred or so, have been moved to violence.

But make no mistake: This lineage of cause and effect begins with Trump and his Fox News propaganda machine.

Politicians and media moguls have long understood that fear and hate sell better than hope and compassion, no matter how much we might wish it otherwise. But before Trump, no president had based his office on it. And before Fox News, no major media outlet had based its ratings on it.

The two political operatives behind these campaigns bear mention, though: Lee Atwater, who had also been chairman of the Republican National Committee and a senior partner at the political consulting firm of Black, Manafort, Stone and Kelly (yes, that Manafort and that Stone); and Roger Ailes, who went on to create and run Fox News.

Trump took Atwater and Ailes to their logical extremes -- building a political base by suggesting Obama wasn't born in America; launching his presidential campaign by warning of "criminals" and "rapists" streaming across the Mexican border; and ending his campaign with an ad suggesting that prominent Jews -- billionaire philanthropist George Soros, Goldman Sachs CEO Lloyd Blankfein and Fed Chair Janet L. Yellen -- were in league with Hillary Clinton to control the world.

Since taking office, Trump has ramped up fear and hatred -- towards immigrants, journalists, black athletes who won't stand for the anthem, major media, and prominent Democrats.

In recent weeks he suggested that criminals and terrorists from the Middle East had joined a caravan of immigrants heading toward the border, and even floated a conspiracy theory that Soros helped fund the caravan.

Fox News has magnified the fear and hate exactly as its founder would have wanted. A guest on Lou Dobbs' show claimed the caravan was being funded by the "Soros-occupied State Department."

That same week, Soros was among the targets of pipe bombs sent to prominent Democrats and members of the media. A Florida man who identifies himself as a Trump supporter was arrested in connection with the attempted bombings.

Related Topic(s): Hate Speech; Hate-Racism-Bigotry; Immigrants; Media; Politicians; Racism, Add Tags
Add to My Group(s)
Go To Commenting
The views expressed herein are the sole responsibility of the author and do not necessarily reflect those of this website or its editors.