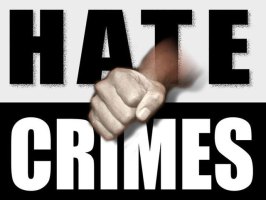 Even though he is refusing to concede, he has no standing come January 20.

The people have spoken whether he likes it or not.

Should he refuse to leave the White House, he will be considered a trespasser, and fair game for the United States Secret Service.

But some things don't go away so easily after an election.

One harsh reality we must contend with after Donald Trump leaves 1600 Pennsylvania Avenue--one way or another--is the cultural wound he has enflamed.

According to the Southern Poverty Law Center, Trump supporters committed hundreds of hate crimes in the weeks following his 2016 victory.

In the ensuing four years, Trump demanded four female House members of color to "go back" to the "crime infested places" from which they came.

He accused three to five million "illegals" of voter fraud.

He praised pro-Confederate protesters in Charlottesville, Va. as well as those intending to force governors to lift orders designed to stop the coronavirus spread while calling BLM protesters "thugs."

He calls COVID-19 (which he has contracted) a "Chinese virus."

Trump and surrogates have regularly been exposed for their more obvious dog whistles.

Related Topic(s): Bigotry; Crime; Crime Rates; Crime Violent; Hate Crimes; Hate-Discrimination; Hate-Racism-Bigotry; Violence, Add Tags
Add to My Group(s)
Go To Commenting
The views expressed herein are the sole responsibility of the author and do not necessarily reflect those of this website or its editors.