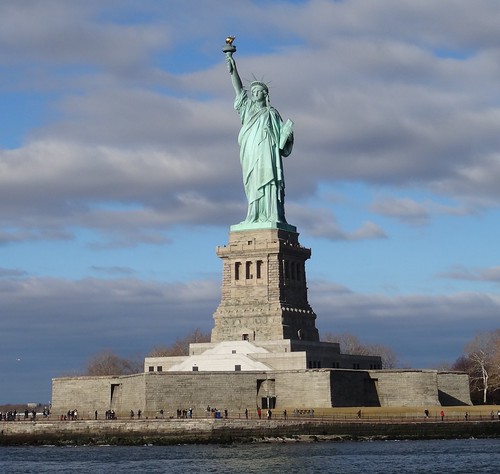 I woke up the other day and realized that it felt like I was living in a parallel universe. The candidates for President were Hillary Clinton and Donald Trump and there is an unsavory feeling hovering around both candidates and their campaigns. How is it possible in 2016 to have selected two candidates for President in a watershed political year that each carries such high negative popularity rating?

OK, in Clinton's case the questions of credibility that have followed her from Little Rock to Washington to New York now swarm around her Presidential campaign. An email controversy that is getting bigger, the relationship of the Clinton Foundation to the Secretary of State and her statecraft and her dance along with her boss Barack Obama away from responsibility for the outcome of the attack on the US Embassy in Benghazi come together to form one large question mark concerning both her judgment and her truthfulness.

To listen to this media darling bully his way from Megyn Kelly to Mika Brzezinski while throwing out the Washington Post as the latest casualty of "dishonesty" from his Press Pool even as he is so famous that Meet the Press and virtually every other news agency has allowed him to call in his 'appearances,' and garner an amazing advantage throughout the primaries and beyond. But now you would think with the Main Event, everything would have to change to permit this outsider candidate to appeal to enough general election voters to have a bona fide shot at the Presidency. But amazingly it hasn't.

Trump began running under the tutelage of ex-campaign chairman Corey Lewandowski who gave him the perfect mantra to beat up the opposition and win the primaries: "Let Trump be Trump." And it took him farther than anybody but Trump and his family believed to be possible. But today after jettisoning Lewandowski for Paul Manafort, a seasoned campaign pro with heavy international baggage, he went on to replace Manafort with Steve Bannon who transformed Breitbart from a right-wing news source into a Trump bumper sticker spouting an endless flow of nationalistic blather that appeals to the same unrepentant base that loves his immigration policy.

Bannon may be an iconoclastic genius, but he lacks the connections to Party bigwigs and the mega-donors Trump needs to be competitive on the ground, and frankly represents the wrong flavor to attract dissident Republicans and regular independents. Kellyanne Conway has been hired to bridge the gap and be the face of the campaign. But the politics went off script, (or did it), last week somewhere between Mexico and Arizona creating an excellent photo-op with President Pena Nieto, and then destroying it with a rip roaring speech on immigration that doubled down on his enemies list.

"To all the politicians, donors, and special interests, hear these words from me and all of you today. There is only one core issue in the immigration debate, and that issue is the well-being of the American people."