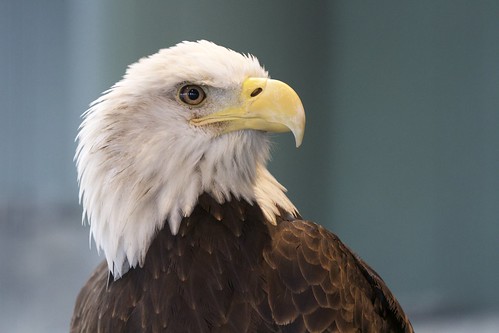 Caveat to this article! Don't mistake me for an alt left liberal or a far right conservative! I am a neutral clear thinker of native descent! I didn't vote but I did have high hopes for Trump standing up to the deep state and making peace with Russia. So why is his attention focused on our own citizens who chose to express themselves according to our own first amendment? Maybe there are some who don't (and rightfully so) respect what this country stands for anymore! Maybe they don't like the fact that this country has turned into, and probably always has been, a war mongering, land grabbing, and divisive nation! Let's look at some real issues.

Trump ran on the platform of not interfering in sovereign nations yet he continues to allow his generals to militarily support and assist supposed freedom fighters in Syria, which are really USA created terrorists and paid mercenaries. What are we doing in Syria anyway? It's an act of war to be in a sovereign nation since we weren't invited. Russia was invited to come in...Not us! Russia is saving the day on eliminating ISIS, which they have almost done, no thanks to the USA. The USA has a habit of interfering in the sovereignty of other nations, which brings up another point. Leave Kim Jung Un and North Korea alone! You really think he is a threat? If you do then you are saying that our missile technology is out of date and behind that of North Korea! Is it? We should be able to take out any rocket he fires with pinpoint accuracy before it enters our airspace! North Korea's technology and nuclear capabilities can't be better than the all mighty USA's can it?

So is this NFL issue a big unneeded distraction? Didn't the founding fathers say we have the freedom of religion and the freedom for free expression! If you don't want to stand for the national anthem to make a statement, then so what? Is President Trump saying it is disrespectful to have free expression? These are first amendment rights! I am not a supporter of jingoistic nationalistic fervor! If I lean towards anything it would be what I call true patriots, who want to defend the constitution and keep the bill of rights in tact! As a native I never felt compelled to stand for the national anthem or salute the flag! Maybe it's because I saw what that flag and those flying that banner did to my ancestors who were the original inhabitants of this country! America came later! Over 100 million dead (some say 300 million) and displaced indigenous people! So I'm not a big fan of this government, but I am a realist and hope and pray that the people of this country don't end up like my ancestors! Trump needs to get back to the business of eliminating the deep state and fighting the New World Order fanatics who are bent on destroying America through their continual war mongering attitude! He needs to concentrate on eliminating the George Soros crew, anti-fa, and the treasonous camp that still surrounds him in his cabinet! I don't care about whether someone stands for the national anthem or not! This is trivial nonsense and a non-starter! Let's look at some history in regards to some symbols that represent America.

Francis Scott key penned the national anthem in an attempt at prisoner exchange. He wasn't fighting in a battle! But it's irrelevant who wrote some poem that was later turned into a national anthem by Woodrow Wilson signing an executive order! The Flag is just a piece of cloth and the Star Spangled banner mere words from a poem. There is nothing inherently wrong with these things, but what do they represent? What was this nation founded upon? The encroachment of this land by the Mayflower and its barbarous lot who displaced the native population with systematic mass extermination. No let me rephrase that!! Brutal mass extermination and horrific barbarous acts. In fact it was theft of land and mass extermination of the peoples inhabiting that land.

But I digress. Let's fast forward to the penning of the constitution and the amendments or the Bill of Rights! The wording of the Bill of Rights insures that the populace be free of any encumbrance by government. Freedom of expression or free speech, freedom to bear arms against even the government, freedom from searching one's private effects etc. So that's what the flag is supposed to represent. But does it? Not anymore. Look at the situation today, it's a deplorable mess and everything the Founding Fathers intended is in a shambles, including the Constitution. So why would anyone want to salute or stand up for something representing an eroded self-serving corporate entity known as "America"! Some say that standing, just as bowing down, is an act of worship, just as you would bow to an idol. Consider them idols representing a larger entity! Bowing down or reciting a pledge is a mindless act of obedience to a state which you may not feel any respect for! It's our right not to participate in that kind of ritual if we so desire, and in fact it's our right to overthrow what that flag represents, if it gets out of hand. It has gotten out of hand and in effect the Constitution has been eroded by things like the worthless piece of paper called the Patriot Act, which tries to circumvent the Bill of Rights.

This erosion has been caused by the elite money people who have co-opted the various departments of government and war to further their New World Order agenda. Power to the people and those who refuse to take part by acts of civil gestures to send a message! My hope was that Trump would challenge the ruling elite and throw them out! But his current actions of demonizing free expression and raising the flag issue have me questioning just who's side he is on. He is playing into the hands of those who call him a white supremacist or at the very least a nationalist, or jingoist! Not to mention the further pursuit of an agenda that is still warmongering, land grabbing and demonizing other nations. Perhaps he is bowing to some kind of unknown pressure behind the scenes. Screaming at North Korea and calling their leader names along with threats of complete destruction sound more to me like the previous administration! As Trump would say! NOT GOOD! Name calling and threats sound like a schoolyard bully with a loud mouth, not a President or Commander in Chief! Where is the decorum expected of such an office! You don't see Putin engaged in such nonsense.

So the bottom line is President Trump is not living up to expectations I might have had, and he's sidetracking us into an area that could cause more division in America. If I could talk to him I would say: "What in your God's name are you doing? Get back on the track of defeating the globalists, making peace with Russia, and making America worthy of respect, instead of a land grabbing, divisive nation".

Award winning author of Listen to the wind speak from the heart and Emergence!
Related Topic(s): Agenda; America; Attention; Freedom; Government; Korea; Peace; Peace; People; People; (more...) Putin; Rights; Sovereignty; Speech; State; USA, Add Tags  (less...)
Add to My Group(s)
Go To Commenting
The views expressed herein are the sole responsibility of the author and do not necessarily reflect those of this website or its editors.

Has all respect been lost for America?