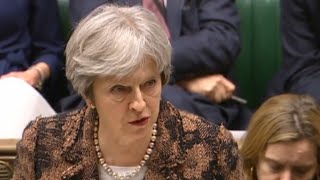 This morning I watched a briefing the Russian Foreign Ministry provided for the diplomatic community where international toxic substances experts presented information concerning the alleged nerve agent used in the alleged attack on Skripal and his daughter. This information has been known for some time, and none of it has been reported in the Western presstitute media.

In the briefing the Russians once again relied on facts and existing agreements that govern the investigation of such events and asked why the British were demanding explanations from Russia when the British refuse to comply with established procedures and refuse to produce any evidence of what the British allege to have occurred.

The response from the US and French embassy representatives was simply to state that they needed no evidence to stand in solidarity with their British friends, that Russia was guilty by accusation alone, and that they would hold Russia accountable.

The benefit of this absurd response, which the Russians declared to be shameful, is to make clear to the Russian government that it is a waste of time to try, yet again, to confront unsupported accusations from the West with facts and appeals to follow the specified legal processes. The West simply does not care. The issue is not the facts of the case. The agenda is to add another layer to the ongoing demonization of Russia.

Sooner or later the Russian government will realize that its dream of "working with its Western partners" is not to be and that the hostile actions and false accusations from the West indicate that the West is set on a course of conflict with Russia and is preparing the insouciant Western peoples to accept the consequences.

The Russian official hosting the briefing compared the Skirpal accusation with the Malaysian Airliner accusation and the many others that resulted in instant accusations against Russia and refusal to cooperate in investigations.

The Russian official also said, pointedly, that the days were gone when no one challenged statements by the US government. The world, he said, is no longer unipolar. Russia, he said, does not respond to unsupported allegations. He also said that the way the Americans, British, and French are proceeding suggests that the Skirpal affair is an orchestration created for the purpose of accusing Russia.

This conclusion is supported by the history of US and UK interventions. In recent times we have seen the West's orchestrated interventions based on obvious and blatant lies in Serbia, Iraq, Libya, Somalia, Syria, Ukraine, Yemen, and the attempts to destabilize Iran and Venezuela. History provides almost endless examples of the lies used by the US and UK to implement their agendas.

Nothing Washington and London say can ever be believed. Is it possible for Russia or any country to work with "partners" who are shameless, short on integrity and honesty, and have proven themselves unworthy of trust?

Related Topic(s): Daughter; Evidence; Russia Bashing; Skirpal, Add Tags
Add to My Group(s)
Go To Commenting
The views expressed herein are the sole responsibility of the author and do not necessarily reflect those of this website or its editors.