Guilt by association. It sounds pretty ludicrous in its bare bones, but 70 years ago, Sen Joe McCarthy became one of the most powerful men in America using just this tactic. He had, at the time, only his own rhetorical aplomb and a paranoid wing of the Republican party to back him, but he destroyed the lives of thousands of Americans. I was five years old when the husband of my mother's best friend, a blacklisted scientist, slit his wrists because he could no longer support his family. McCarthy went down in flames later that year, but he had done his damage, de-legitimizing the mainstream of democratic socialism in America and launching a 40-year Cold War.

In the 21st Century, manipulation of minds has become a great deal more sophisticated. Its targets are not just the mindless masses, but also the discerning intellectuals. This weekend, two people whom I love and respect approached me with heartfelt appeals after listening to an episode of This American Life.

The show focuses on the struggle of Lenny Pozner, who claims to be father of a boy killed at Sandy Hook, and Pozner's struggle to get alternative theories about Sandy Hook taken off the Web. Pozner claims he received death threats from the conspiracy theorists and that they stalked him when he moved, fearing for his life and his daughter's, seven times in two years. 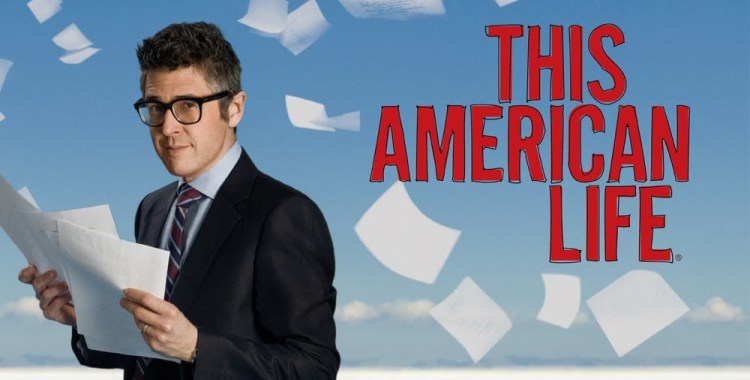 The show transitions smoothly to Act II, about Alex Jones, who is Pozner's nemesis. Jones tells a story about his own high school experience, when he heroically fought back against bullying by the entire football team. This American Life interviewed high school classmates of Jones, and they remember it differently.

So there you have it. Alex Jones is a liar. Alex Jones thinks Sandy Hook was staged. Alex Jones rants that 9/11 was an inside job. Conclusion: the Bush Administration told us the truth about 9/11.

Yes, it sounds risible when I put it this way. Unless you have listened to the show, you can't imagine how extraordinarily effective it is. The trusted, sympathetic tones of Ira Glass's voice contribute to the effect, and the scrpt is crafted to make our hearts go out to Pozner, whose behavior we might otherwise regard as weird.

And thus I was called upon to respond by people who care deeply about me,a nd feel implicated by my opinions and my connections: How can I associate myself with conspiracy theorists like this? How can I advocate for 9/11 truth alongside the likes of Alex Jones and these unthinking and intolerant paranoiacs who torture the poor father of a school shooting victim?

This is a personal story for me, but it is part of a larger and very ominous process, which Naomi Wolf has called the shutting down of an open society. It is preparing us for the next step in internet censorship.

This last two years has been a media blitz snowballing toward censorship. It started with the Fake News meme, and the PropOrNot list, which offered to tell us what web sites we should never read. (I'm proud to say that OpEdNews was tarred as "Russian Propaganda".) In August, Google's Youtube, Facebook, Apple, and Spotify came together to ban Alex Jones. Jones is an easy first target. Last week, Facebook deleted all content and messages referring to Zero Hedge. Zero Hedge is dangerous because it speaks to libertarian capitalists, rich, successful people who have realized the mainstream media are lying to them. Just this weekend, the web site of NYU Professor Mark Crispin Miller was attacked. He is publisher of the Forbidden Bookshelf.

The story of Julian Assange is uniquely important because Wikileaks has become an open channel for publishing everything that the rich and powerful don't want us to know about. Chelsea Manning, who was driven to the verge of madness by torture and solitary confinement, and who was pardoned by President Obama two years ago, has been re-imprisoned for her refusal to testify in a Kangaroo Court aimed at Assange. Silencing Assange is the toughest job of all, because he has received a hero's welcomein the past among precisely the critical thinkers who are most influential in America. It is quite a stretch of reality to portray him as a Russian spy stealing American secrets, when he targets Russian corruption as well as American, and when he speaks to the press and directly to the people. Never before in history has an American prosecutor conflated publication with spying. Furthermore, the only charge against Assange is the publication of leaks, and this is a practice that America's most exalted news organs engage in daily. Many of those mainstream sources, especially those best identified with liberality and human rights, are now lining up to support the government's case against Assange.

Freedom of expression runs deep in America's blood. It is enshrined in the Constitution, Article Number One in the Bill of Rights. We identify press censorship with foreign totalitarian regimes, and distinguish America as the Land of the Free. Over 200 years, American Courts have interpreted the First Amendment very broadly, with exceptions only for situations where speech might put human life in "clear and present danger" (falsely yelling "fire" in a crowded theater"). Since Thomas Jefferson, we as a nation have embraced the idea that the power to decide what is true is too important to be vested in any one institution, and must be reserved for We the People. There is nothing more American than the free marketplace of ideas.

But freedom of speech poses a great obstacle to those who are leading America toward militarism, toward world domination, toward subservience of the government to corporate interests. They and their associates have committed horrific crimes, and these crimes must remain unspeakable . No matter how tightly they control the two political parties and the systems that count our votes, no matter that they control the means of Shock and Awe, no matter that, through the Federal Reserve, they control the spigot that allows money to flow into the world economy--no matter, if their crimes became public knowledge, they would rule us only as a police state, like the Stasi and the KGB, and eventually their authority would crumble.

To remain in power, they must control the narrative. Truth is the only enemy they really fear. Jefferson had it just right: a free and independent political discourse is the foundation of our democracy.

Related Topic(s): Censorship; Internet Shutdown Or Censorship, Add Tags
Add to My Group(s)
Go To Commenting
The views expressed herein are the sole responsibility of the author and do not necessarily reflect those of this website or its editors.