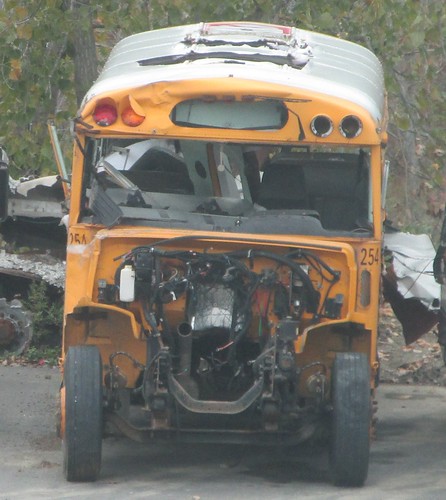 West Point Tours #254
(Image by ThoseGuys119)   Details   DMCA
http://www.rollingstone.com=" target="_blank" title="www.rollingstone.com=">Well, [busing is] something that they've done for a long period of time. You know, there aren't that many ways you're going to get people to schools" It is certainly a primary method of getting people to schools. "

At worst, Hilary Clinton's use of a private server to handle her government email account was an example of poor judgment. Like the Whitewater and Benghazi investigations before it, Republicans in Congress harassed the former Secretary of State but could not find a crime to fit her actions. The FBI opened and closed an investigation into the matter, reopened it as voters went to the polls and ended it again without filing charges. Still, Clinton's inability to close the issue in the minds of the voters helped cost her the Presidency. Instead of tackling it head-on, she let herself become a victim of the news cycle and the slow drip of information diminished her credibility with the voters.

Four years later, it seems that Joe Biden is determined to follow Clinton down the same exact path.

When Cory Booker pointed out that it might not have been a good idea to brag about working with segregationists, Biden responded with indignation instead of an apology. This left the door wide open for Kamala Harris to attack the former Vice President at the first debate of the campaign, not only for his insensitivity but for his record on opposing busing programs created to undo decades of institutionalized racism. The damage inflicted was immediate as the "Uncle Joe" persona was displaced by a front-runner who appeared angry at the thought that one of his opponents was daring to challenge his record. In the days and weeks that followed, Biden sunk deeper into a quagmire as he avoided the inevitable. In the end, he finally delivered the apology that Booker had requested, but not before his large lead over the rest of the field was largely sacrificed.

The number of people who are going to place their vote in next year's elections based on the issue of busing is infinitesimally small. In fact, most modern voters are probably not even familiar with the intricacies of the issue or that it was once an issue at all. Forced busing was long ago replaced with magnet schools and other methods of desegregating schools. Yet, at least for a time, Biden felt that his record on the issue was one worth spending political capital to defend.

The cost to the Biden campaign has been substantial. Once seen as the ultimate foil to Trump in a debate, the former VP no longer seems invincible. By allowing Harris to step up, he has given the Democratic primary voters the ability to imagine her ability to prosecute a case against the current president. The very fact that he has had to spend time proclaiming that he is not a racist allows dangerous seeds to be planted in the minds of voters, a situation that is not helped when he uses his working relationship with Obama as a calling card while his former boss has declined to endorse him.

Not to be outdone in the race to the bottom, Trump stepped up to prove that he will beat any Democratic candidate in a battle of incompetence. While he Tweeted during the debate that his Democratic rivals were boring, the truth is that he was lost. The conversation being held by Democrats may have been outdated, but it was still grounded in the important topic of race relations. When asked for his opinion on the subject, Trump response indicated that he thought that they were talking about the best way to transport students to school. The leader of the free world could offer nothing more to the conversation than busing is "a primary method of getting people to schools."

It has never been clearer that the Democratic primary voters need to do a better job at vetting their candidate than they did in 2016. The incumbent has a proven ability to float above reality and will use whatever he can, whether real or imagined, to secure a victory. Whether the eventual nominee has to defend themselves against birther conspiracies, trumped-up charges about email servers or flip-flops on important issues , the eventual nominee has to be able to rise above the fray. In the past month, Biden has not proven that he has the focus that will be needed to accomplish this task.

Related Topic(s): Joe Biden, Add Tags
Add to My Group(s)
Go To Commenting
The views expressed herein are the sole responsibility of the author and do not necessarily reflect those of this website or its editors.