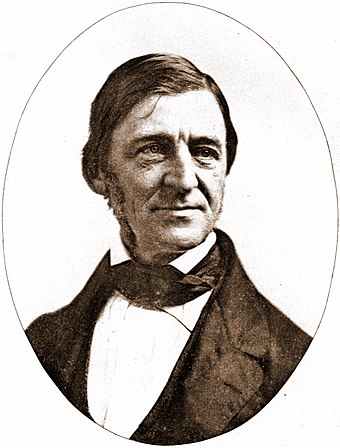 Duluth, Minnesota (OpEdNews) November 25, 2019: In general, I like to read Yale's late literary critic Harold Bloom (1930-2019) because in my estimate, he is a master of the art of critical literary appreciation but I do not always agree with his estimates of certain authors and works. Even so, I always find him thought-provoking, which is why I am writing this essay about his thoughts regarding what he refers to as the American religion of self-reliance.

I want to raise the following questions: Should Pope Francis (born Jorge Mario Bergoglio in 1936 in Argentina; reigned 2013- ), the first Jesuit pope, be converted to practicing the American religion of self-reliance as Bloom operationally defines and explains it? Or should Pope Francis, rather, add the American religion of self-reliance to his well-developed arsenal for criticizing capitalism?

I have discussed Pope Francis in my OEN article "Pope Francis on Evil and Satan" (dated March 24, 2019):

I have discussed Jesuit spirituality in my OEN article "Emersonian Self-Reliance and Jesuit Spirituality" (dated March 19, 2014):

Now, I have mixed feelings about David Mikics' editing decisions about the chronologically arranged (by the year of the writer's birth) 45 selections by Bloom covering 47 writers that he reprints in the book The American Canon: Literary Genius from Emerson to Pynchon (Library of America, 2019). The title of Mikics' edited book echoes the wording of the titles and subtitles of three of Blooms' books: (1) The Western Canon: The Books and Schools of the Ages (1994), (2) Genius: A Mosaic of One Hundred Exemplary Creative Minds (2002), and (3) The Daemon Knows: Literary Greatness and the American Sublime (2015).

I have discussed Bloom in my OEN article "Harold Bloom Lived a Long and Productive Life!" (dated October 16, 2019):

Now, my biggest complaint about Mikics' editing is that he does not indicate the date of publication and specific source of each of the 45 selections. For example, the undated selection about Ralph Waldo Emerson (pages 13-38) has been updated, presumably with Bloom's consent, to include passing references to President Trump (e.g., pages 13, 22, 23, and 24) but other undated selections contain passing references to earlier contemporary presidents of the United States, but with no updated references to Trump.

In the first paragraph of the selection about Emerson (1803-1882), Bloom says, "Emerson, by no means the greatest American writer, perhaps more an interior orator than a writer, is the inescapable theorist of all subsequent American writing" (page 13). Later in the selection, Bloom says, "Emerson's power as a kind of interior orator stems from this [i.e., his practice] of self-deification" that is, from his practice of "mak[ing] thinking and seeing the same activity, one that culminated in self-deification [i.e., the deification of the self]" (page 19).

The American Jesuit Renaissance specialist and cultural historian Walter J. Ong (1912-2003; Ph.D. in English, Harvard University, 1955) details the tendency of "mak[ing] thinking and seeing the same activity" in his massively researched 1958 book Ramus, Method, and the Decay of Dialogue: From the Art of Discourse to the Art of Reason (Harvard University Press) the published version, slightly revised, of his Harvard doctoral dissertation. Perry Miller in English at Harvard, an atheist who happened to be an alcoholic, served as the director of Ong's dissertation, which was a follow-up study to Miller's own massively researched 1939 book The New England Mind: The Seventeenth Century (Harvard University Press). In other words, the Ramists in seventeenth-century Harvard College (founded in 1636) and elsewhere in New England were historically the visualist precursors in American culture of Emerson's practice of "mak[ing] thinking and seeing the same activity."

For further discussion of Ong's philosophical thought, see my essay "Understanding Ong's Philosophical Thought" that is available online through the University of Minnesota's digital conservancy:

Now, Bloom also says, "Emerson dismisses the fear [that we are nothing] and insists upon the necessity of the single self achieving a total autonomy, of becoming a cosmos without first ingesting either nature or other selves. He wishes to give us to ourselves, although these days supposedly he preaches to the converted, since it is the fashion to assert that we live in a culture of narcissism, of which our President is the indubitable epitome. Emerson, in the time of Trump, should be cited upon the limitations of all American politics whatsoever" (page 14).

Related Topic(s): American Capitalism; American Culture; Capitalism; Catholic; Catholicism; Faith; God; Individualism; Liberalism; Literature; (more...) Religion; Religion And Spirituality; Religion And Values; Self-reliance; Spirituality, Add Tags  (less...)
Add to My Group(s)
Go To Commenting
The views expressed herein are the sole responsibility of the author and do not necessarily reflect those of this website or its editors.