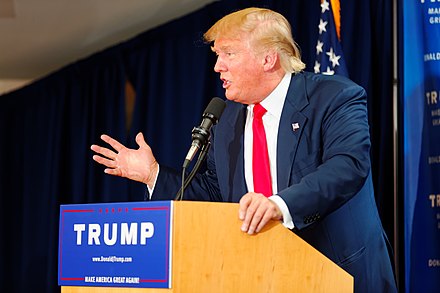 Duluth, Minnesota (OpEdNews) June 6, 2020: In The Anatomy of Bloom: Harold Bloom and the Study of Influence and Anxiety (2014), the Bulgarian literary scholar Alistair Heys argues that Yale's literary critic and provocateur Harold Bloom's work "is best understood as an expression of reprobate American Protestantism and yet haunted by a Jewish fascination with the Holocaust" (I am here quoting from the publisher's description of his book at their website).

For a sketch of Bloom's life and career, see the Wikipedia entry about him. For a more detailed discussion of his Jewishness, see Heys' chapter "Bloom and Judaism" (pages 97-144). For Heys' account of Bloom's view of Protestantism, see Heys' chapter "Bloom and Protestantism" (pages 145-218). However, I am seriously disappointed in the brevity of Heys' discussion of Bloom's 1992 book The American Religion (pages 2, 4, 8, 31, 145, 148, and 194-202), which will be my central focus in the present essay.

To be sure, Harold Bloom (1930-2019) was born into a relatively poor working-class Jewish family and raised in the United States, which meant that sooner or later he would have to come to terms somehow with how his own personal identity as an American would relate to prestige culture in American culture from colonial times onward that was dominated by white Anglo-Saxon Protestants (WASPs), and former Protestants - down to, say, the election of the Irish American Roman Catholic, but Harvard educated Senator John F. Kennedy of Massachusetts to be president in 1960. WASPs tended to be anti-Jewish and anti-Catholic and anti-black and anti-certain other groups as well.

For a detailed discussion of the gradual demise of the WASP prestige culture in American culture, see Robert C. Christopher's 1989 book Crashing the Gates: The De-WASPing of America's Power Elite.

As an undergraduate at Cornell University (class of 1951), Bloom came of age when anti-Jewish bias was still prevalent in American academic circles. He received his Ph.D. in English from Yale University in 1955. He was a member of Yale's English Department from 1955 to 2019. However, Bloom also lived through the waning of anti-Jewish bias in American academic circles and the concomitant rise of noteworthy Jewish scholars such as himself.

As to Bloom's own personal religion, he is not a theist, but a non-theistic idolater. His idol is William Shakespeare. For Bloom's religion, Shakespeare's writings are his religious scriptures. Bloom has declared his extravagant bardolatry is his surprise bestseller Shakespeare: The Invention of the Human (1998).

Evidently independently of Bloom's surprise 1998 bestseller, Phillip Cary published the book Augustine's Invention of the Inner Self: The Legacy of a Christian Platonist (2000) - in effect, contesting Bloom's claim about Shakespeare's invention of the human by more than a few centuries. Apart from contesting Bloom's subtitle, I recognize that I tend to favor Aquinas' critique of Plato and Platonists, including implicitly St. Augustine of Hippo. For a recent cogent critique of Augustine, see the non-Catholic Stephen Greenblatt's 2017 book The Rise and Fall of Adam and Eve. For a positive elaboration of the relevant thought of the medieval Italian Dominican theologian St. Thomas Aquinas (c.1225-1274), see the Reverend Dr. Matthew Fox's 2016 revised edition of his 1999 book Sins of the Spirit, Blessings of the Flesh: Transforming Evil in Soul and Society.

Now, as Heys notes, Bloom does indeed come from a Jewish background, and he was understandably haunted by the Holocaust - as are many other people including not only Jews but also Christians. For example, haunted by the Holocaust, the Second Vatican Council (1962-1965) in the Roman Catholic Church passed its landmark declaration about the Jews known by its Latin tag-name as Nostra Aetate (also known as the Declaration on the Church's Relation to Non-Christian Religions).

But Bloom's view of American Protestantism needs to be intelligently challenged and firmly rejected, as I will argue below.

My favorite scholar is the American Jesuit Renaissance specialist and cultural historian Walter J. Ong (1912-2003; Ph.D. in English, Harvard University, 1955). For a survey of Ong's life and work, see the 2015 revised and expanded second edition of my book Walter Ong's Contributions to Cultural Studies: The Phenomenology of the Word and I-Thou Communication (1st ed., 2000).

Related Topic(s): America; Catholic; Christianity; Consciousness; Culture; Faith; God; Holocaust; Humanities; Identity; (more...) Literature; Logic; Protestant; Religion; Spirit; Spirituality; Spirituality, Add Tags  (less...)
Add to My Group(s)
Go To Commenting
The views expressed herein are the sole responsibility of the author and do not necessarily reflect those of this website or its editors.