For too long the conventional wisdom has been that while carbon taxes may be superior to cap-and-trade schemes, there is no way that politicians would ever support a new tax, even one that was revenue-neutral. Environmentalists who might otherwise be supporting a carbon tax because it could produce real reductions in greenhouse gas emissions far more rapidly than cap-and-trade have dismissed carbon tax advocacy as naive and have rallied behind cap-and-trade. 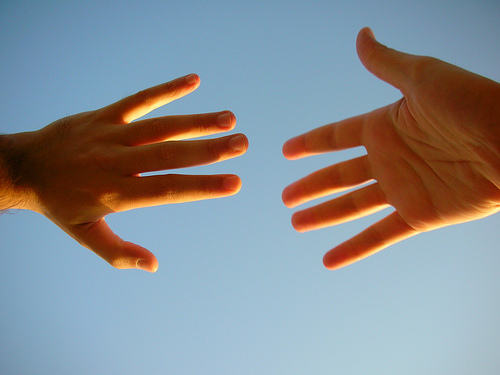 Copyrighted Image? DMCA
Just as conventional wisdom was consistently proven wrong in the 2008 presidential election, it’s also proving wrong about the political infeasibility of a carbon tax. Just look at events over the past two days.

On Saturday, the lead editorial in the New York Times, The Gas Tax, made a compelling case that the president-elect and Congress should impose a “gas tax or similar levy to keep gas prices up after the economy recovers from recession.”

On Sunday, two prominent Republicans, Congressman Bob Inglis of South Carolina and supply-side economist Arthur Laffer, unequivocally endorsed a U.S. carbon tax in a New York Times op-ed, An Emissions Plan Conservatives Could Warm To, that concisely summarized the politics of climate change and the rationale for a carbon tax from a conservative perspective:

Conservatives don’t support tax increases that are veiled as “cap and trade” schemes for pollution permits. But offer us a tax swap, and we could become the new administration’s best allies on climate change.

The Inglis/Laffer summary of why the Liberman-Warner cap-and-trade bill failed is short and to the point:

A climate-change bill withered in Congress this summer because families don’t need an enormous, and hidden, tax increase. If the bill’s authors had instead proposed a simple carbon tax coupled with an equal, offsetting reduction in income taxes or payroll taxes, a dynamic new energy security policy could have taken root.

Inglis/Laffer cogently present the economic basis for a carbon tax:

We need to impose a tax on the thing we want less of (carbon dioxide) and reduce taxes on the things we want more of (income and jobs). A carbon tax would attach the national security and environmental costs to carbon-based fuels like oil, causing the market to recognize the price of these negative externalities.

They recognize that “the costs of reducing carbon emissions are not trivial” and the concomitant need for revenue-neutrality in carbon pricing:

Inglis/Laffer directly address concerns that putting a price on carbon (whether through a carbon tax or cap-and-trade) would put Americans at a competitive disadvantage:

If China and India join the United States in attaching a price to carbon, their goods should come into this country without a carbon adjustment. But if they do not, every item they place on our shelves should be subject to the same carbon tax that we would place on our domestically produced goods, again offset by a revenue-neutral tax cut.

If World Trade Organization rules entitle members to an unwarranted exemption from such a carbon tax, then we should change them. Outliers should not be allowed to frustrate the decision-making of the countries that are trying to prevent the security and environmental train wrecks of this century.

Although other conservatives including George W. Bush speechwriter David Frum and the American Enterprise Institute's Ken Green have made similar arguments, Inglis and Laffer are the two most prominent Republicans to publicly articulate such a clear pro-carbon tax position.

The same day as the Inglis/Laffer op-ed, conservative pundit Charles Krauthammer published his own strong endorsement of a gas tax. Though his Weekly Standard article, The Net-Zero Gas Tax - A Once-in-a-Generation Chance, begins by describing Americans’ “deep and understandable aversion to gasoline taxes,” Krauthammer quickly presents what he refers to as the “blindingly obvious” energy independence and other benefits of an increase in the federal gas tax, and proposes what he calls:

Dan Rosenblum is an expert on regulatory law and policy with extensive experience as both a regulator and as an advocate. He is a co-founder of the Carbon Tax Center, and has over sixteen years of experience as an energy and environmental (more...)
Related Topic(s): Carbon Emissions; Carbon Tax; Carbon Tax; Energy; Energy; Oil; Oil; Political Mythology; Taxes; Taxes, Add Tags
Add to My Group(s)
Go To Commenting
The views expressed herein are the sole responsibility of the author and do not necessarily reflect those of this website or its editors.

At Last, It Begins: Real, Substantive Debate on 2009 Climate Legislation