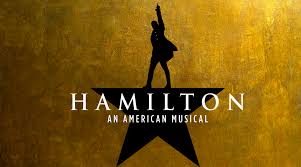 Lin Manuel Miranda's musical, "Hamilton," is back in the news. The day before Independence Day, Disney + made available the filmed version of the acclaimed musical.

This time, however, in the light of Black Lives Matter and its reassessment of our nation's patriotic monuments, some critics have understandably muted their praise for the play and its unmitigated hagiographic rehab not only of Alexander Hamilton, but of George Washington and Thomas Jefferson.

All of them, of course, were enslavers of Africans and brutal exterminators of Native Americans. (Remember the part of Jefferson's Declaration of Independence that describes the latter as "the merciless Indian savages, whose known rule of warfare is the undistinguished destruction of all ages, sexes and conditions.")

The soft-pedaled praise of Miranda's work has made me feel cautious vindication. That's because nearly five years ago, I incurred the wrath of my family by critically reviewing "Hamilton," a play they all adored.

I'm sure you can understand their reaction. Not only did they adore the play, but my daughter and son-in-law (at great expense) had brought our entire family to see it in November of 2015. So, in their eyes my commentary demonstrated not only Philistine insensitivity, but an exceptionally high quality of ingratitude by looking a gift horse in the mouth.

In fact, the blog offended everyone to such an extent that all three of my adult children immediately unsubscribed from my blog. (And they haven't re-subscribed since.) Whenever "Hamilton" is mentioned in our family, the story of my betrayal is enthusiastically rehearsed by everyone including my young grandchildren.

Nonetheless, it's in that spirit of cautious vindication that I republish my original piece. I do so without change, except for my regret that I didn't credit Ishmael Reed for the Eichmann line in the piece's last sentence.

In the era of Black Lives Matter, how do you get Whites (including the Fox News crowd) to give standing ovations to Blacks and Browns presenting a play about the era of slavery and "Indian" extermination?

Simple: You (1) forget about Black Lives Matter, extermination and slavery and (2) make the play a "reverse" minstrel show where (3) a cast of what Malcolm X called "house Negroes" pretend to be white and celebrate the very people who oppressed and slaughtered their own forebears.

And there you have it: Lin-Manuel Miranda's feel-good musical "Hamilton," which is currently setting box office records on Broadway before enthusiastic, overwhelmingly white audiences.

It's a whiteface minstrel show without the grease paint.

In "Hamilton," mostly black and Hispanic actors cavort and grin through performances redolent of Stepin Fetchit. Without a hint of conscious irony, they domesticate their communities' hip-hop resistance medium to celebrate the slave merchant, Alexander Hamilton and the Indian Exterminator, George Washington.

And white people love it. That's because "Hamilton" is the Horatio Alger story our culture loves and uses against the poor, especially people of color.

Related Topic(s): Hip-hop; Independence; Patriotism; Truth, Add Tags
Add to My Group(s)
Go To Commenting
The views expressed herein are the sole responsibility of the author and do not necessarily reflect those of this website or its editors.