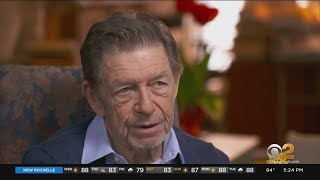 Some random observations of a Covid-weary pundit in the month of August ...

By the way " The death this week of Pete Hamill, at 85, got me to thinking about journalism by which I always mean print journalism and the voices I listened to as I followed my own path as a newsman. Hamill was right there with Jimmy Breslin, the voices of New York, whose columns were more than words on a page. They were conversations in a diner. I heard them in my head. That's because they were honest and true to their creators. Nothing phony. Less noted than Hamill's recent death was that last year of Russell Baker, longtime New York Times columnist and two-time Pulitzer Prize winner, whose "Observer" column was as much a must-read for me as any of Hamill's columns. Totally different, but required. Brilliant satire that was like having a cup of coffee with a very clever friend.

I had a couple of other favorites Jim Murray, who never wrote a sports column the way they taught it in college, and Jimmy Cannon, whose "Nobody Asked Me, But "" columns were required reading and the inspiration for this obvious knockoff. The voices in my newspapers are all gone. What remains with me is the now-conscious, but onetime unaware, conviction that a writer must be true to him or her self first. Do not try to impress or be what you are not. Tell the story as best you can so that people will actually want to read it. Trust your voice and your opinion. Check your facts, use proper grammar and know how to spell, too. It seems I'm in search of some new voices to read today.

By the way " They call these the dog days. Why? Have you ever known a dog to like the hot, humid days of August? No dog I've ever known, including each half of the current duo, Taj and Prince, has ever suggested taking a long walk on a 90-degree day and maybe playing some Frisbee later. It's usually let me out to do my stuff and let's get back inside with the air-conditioning, fast! And before some smart Alec with an itchy Google finger hurries to straighten me out, I already checked with Merriam-Webster. Apparently, the phrase was first used in 1538 and referred to the rising of the Dog Star, Sirius, in the skies in the period from early July to early September. OK, but it's been almost five centuries, people. Let's give dogs their due with a star in the skies, but let's not pin this crummy weather on them. They had nothing to do with it and they like it even less than humans do. Prince told me so.

By the way " Try as I may, it is virtually impossible for someone writing about life as we know it today to avoid writing about the Embarrassment Administration. I'll go easy, with a pass at the putz-in-waiting, Mike Pence. The nearly invisible and virtually mute vice president had something to say this week. He should've kept it to himself. Pence thinks Chief Justice John Roberts is a "disappointment" to conservative voters. Maybe it's that lifetime appointment and separate and equal branch of government thing that Pence doesn't understand. Maybe he doesn't get that people in high government office, even vice presidents, are allowed and even expected to have their own opinions on issues and be willing to stand by them. And, in Roberts' case, be protected by a lifetime appointment.

The Chief Justice "disappointed" Pence by siding with the Supreme Court's more liberal judges on cases involving LGBTQ labor rights, reinstatement of the Dreamers, a rejection of a Louisiana law restricting abortions and a rejection of. a Nevada church's attempt to avoid limits on attendance because of Covid-19 restrictions. Pence said his boss would make sure to appoint more reliable rubber stamps to the court if he is re-elected. He's even planning on putting out a list of potential candidates, not that he would dream of politicizing such an important position just before an election.

Roberts, of course, cast the deciding vote in a previous 5-4 ruling that preserved Obamacare. Pence's boss promises to provide a substitute for this healthcare plan about every couple of weeks. But apparently his golf gets in the way. I'd like to say it was nice to know the vice president actually speaks, but then, he is what is waiting in the wings. You, sir, are a disappointment to the majority of Americans. On the other hand, Mr. Chief Justice, well done.