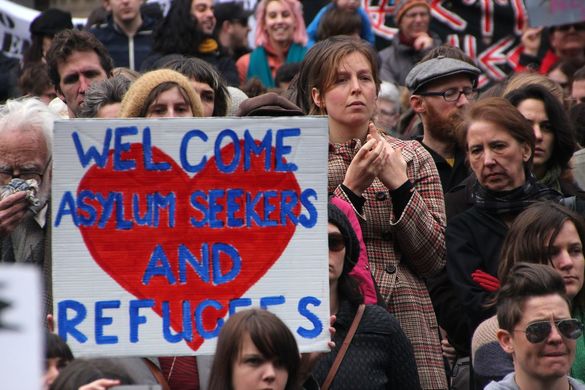 This is what California Gov. Gavin Newsome tweeted in response to the Trump administration's plan to intern more than a thousand refugee children at Fort Sill, an Oklahoma army base formerly used as an internment camp for Japanese Americans during World War II.

"The agency [U.S. Department of Health and Human Services] said Fort Sill will be used 'as a temporary emergency influx shelter' to help ease the burden on the government as it prepares to house a record number of minors even though it already operates about 168 facilities and programs in 23 states."

Fort Sill is located southwest of Oklahoma City. Between 1942 and 1946, it served as one of several sites across the country at which an estimated 120,000 forcibly removed men, women, and children of Japanese descent were incarcerated. Later it was used to detain German prisoners of war.

"We will look back at this moment in time and ask ourselves what we did to put a stop to these horrific, inhumane policies. Speak up. Speak out. Be on the right side of history."

The Trump administration has detained more than 40,000 children so far this year, a 57-percent increase from last year.

The administration has been consistent in its defense that it is merely perpetuating what its predecessor did.

This is partly accurate, although not the whole story.

In 2014, the Obama administration relocated around 7,700 migrant children on Texas, California, and Oklahoma military bases, including Fort Sill.

Obama shouldn't have relocated those children to those former bases. That was a mistake.

But the key thing to remember is those shelters were shuttered four months later.

Related Topic(s): Asylum; Children; Climate; Detention; Embarrassment; Trump, Add Tags
Add to My Group(s)
Go To Commenting
The views expressed herein are the sole responsibility of the author and do not necessarily reflect those of this website or its editors.