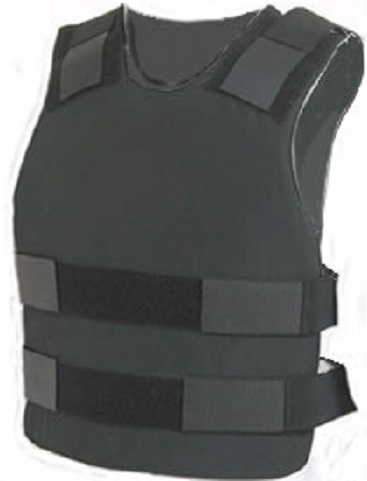 The post mortem debates after every gun massacre in American workplaces, schools, and houses of worship focus on how we can protect these environments from the brutal slaughter of defenseless victims. Parents, students, workers, employers, and worshipers are desperate for answers, as mass attacks grow in frequency.

Indeed, what can those in the line of fire do when they hear the terrifying announcement, "active shooter"?

Yes, more well trained armed guards at these facilities would help. But what about arming students, teachers, and employees? The evidence suggests this solution may not be as effective as proponents claim. First, many in these settings oppose carrying concealed weapons. Teachers say they don't want to carry guns; they want gun control. And while employees may want to carry guns to work, companies would face legal, insurance, and other risk factors leading many employers to reject employee gun carry.

What about the NRA's claim that "the only way to stop a bad guy with a gun is with a good guy with a gun"? Research shows that more guns in mass shooting scenes lead to more deaths. Few untrained--and even trained-- carriers can shoot straight, especially under stress. Also, laissez-faire arming can place guns in the hands of other unstable people besides the shooter.

But there is a product with a proven track record for protecting against gunfire: a bulletproof vest. It can't stop all bullets. That's why it's called "bullet resistant." Yet these vests do provide a layer of protection and in documented instances have proven life-saving.

One police officer, who engaged the shooter in the Virginia Beach attack on May 31, was shot and survived because he was wearing a bulletproof vest . Moreover, the US Government Accountability Office reports that "more than 3,000 officers' lives have been saved by armor vests since 1987."

If bulletproof vests have saved so many lives, wouldn't it make sense for workers, schoolchildren, and worshipers to have access to this protection?

A young relative of mine will be entering college in the fall, and I'm thinking of giving her a bulletproof vest in addition to academic essentials. But I wonder: What if all the parents did this? What if kids sat in their classrooms and hung out in their dorms clad in gun-protective vests? Or kept them nearby in case an alarm sounded. What if high school students left home each morning with their vests tucked into their backpacks; would it make them feel safer right after they pass through the metal detector?

Sad images. And crazy. But not crazier than gun land--the land we live in. Is this the America we want?

But that's where we are heading with the increased use of bag searches, metal detectors, and explosive detection canines, Is the next step the bulletproof vest as a safety and couture accessory? That's not far-fetched.

It's already happening. Some government agencies and individuals are acquiring bulletproof vests. And Americans are flocking to a Tailor, Miguel Caballero, in Bogota Colombia who designs fashionable bulletproof vests.

What choices do we have if Congress won't take action on gun control, despite 69 percent (some polls say even more) of Americans calling for sensible gun laws? We citizens must do what we can to protect ourselves and our loved ones.

Bernard Starr, PhD, is a psychologist and professor emeritus at CUNY, Brooklyn College. His screenplay "The Crucifixion of Truth" a thriller set in 16th century Italy and Spain has been optioned for a feature film or TV series by Atlantic and (more...)

How Congress Became a 'Cathouse' of Prostitutes Paying Off Their Pimps

The Pandemic Disease of the 21st Century Is on the Rise

Reza Aslan: Why Aren't You a Jew?

Why Have Art Historians Been Silent About the Falsification of Biblical History in Artworks?