Sometimes in history there are moments you have to ask yourself; can this really be happening? The fires spreading across the Cuyahoga River near Cleveland, the toxic goo seeping into houses at Love Canal. Each time, the pubic reacted with outrage and politicians got the message. New laws were passed to ensure public health and our environmental resources were better protected.

So wouldn't you would think that after the largest oil blowout in US history those lawmakers would be falling over themselves to pass new laws and keep this from happening again?

Instead we have a tone deaf Congress that seems bent on ignoring recent history, including the fact their constituents are still suffering economic, emotional and physical harm from the oil disaster. Lawmakers in the House rushed through legislation that would not only speed up more offshore oil drilling, but curtail some of the environmental safeguards designed to keep oil catastrophes from happening again. The Senate is supposed to take up similar bills next week.

That's absurd thinking to many folks in the Gulf who are still struggling to get their lives back. It's been a very hard road. With the Louisiana shrimp season set to open next week, the market for seafood is still terrible. Many buyers don't trust the government's stamp of approval on Gulf seafood. Customers across the country--and across the world--simply don't want it. 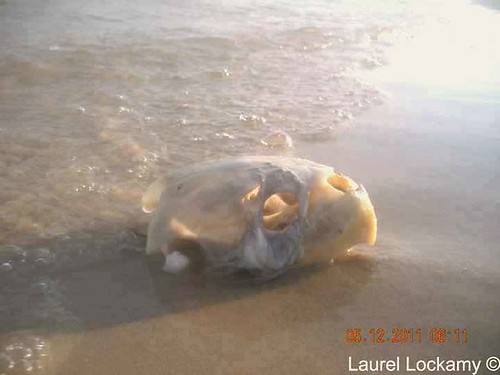 Rushing to drill more wells won't help the price of seafood. And despite the political rhetoric, it won't reduce the price of gas or our dependency on foreign oil. Drilling faster and further on the heels of the BP oil disaster is sort of like trying to chase an alligator after it just ate your foot. We need to recover first and make sure the safety measures are in place. Here's what fishing guide and Louisiana Charter Boat Association Director Ryan Lambert has to say:

So, now Congress wants to give oil companies free reign to drill in our Gulf waters as fast as possible, with little thought to the disaster that still unfolds here. I don't get that. And I especially don't understand they're reasoning. It will do little to reduce gas prices and make us energy independent.

As the president's national oil spill commission recommended earlier this year, we need to establish an independent drilling safety and environment office to make sure this disaster doesn't happen again. And as the commission suggested, we should expand the role of the National Oceanic and Atmospheric Administration to ensure decisions about offshore drilling are based on sound science.

But this still has not happened. Instead, lawmakers are following the advice of the oil industry that lines their pockets". We still need to drill for oil, but we need to do it carefully while our country invests in new sources of energy that are cleaner, safer and that provide more jobs. That's what Congress should be doing , not pushing reckless oil drilling  that could put our coastlines at greater risk.

But it's not just fishermen who are worried about the blind rush by Congress to mandate more drilling off our coastlines, including the arctic. Residents along the oil-impacted coasts have been hit hard by losses in the tourist industry and some are suffering from health problems they say are related to airborne contaminants from the massive slicks of oil and chemical dispersants. Robin Young of the Orange Beach, AL, group Guardians of the Gulf has this to say in an draft op-ed about the drilling proposals:

While lawmakers are focused more on making money for oil companies, I will be trying to figure out how to help people make ends meet after the disastrous BP blowout ruined many people's lives in my community.

Perhaps members of Congress have forgotten that people down here are sick, or that birds, dolphins and sea turtles are still washing in dead on our beaches. Perhaps they don't realize that the oil industry's callous disregard to safety continues to impose pain and suffering on many people's lives in the Gulf.

It's unfathomable to me that Congress would even consider passing these bills that ignore the recommendations of the presidential commission on the BP oil spill. These proposals would just make the rest of our country's coastline vulnerable to the same sort of nightmare we're living here.

Rocky Kistner is a media associate with the Natural Resources Defense Council. Since June, 2010, he has focused on the BP oil disaster in the Gulf, working out of NRDC's Gulf Resource Center in Buras, LA. He is a been a print and broadcast (more...)
Related Topic(s): Congressional Committees; Energy; Energy; Gulf Bp Congress Catastrophe; Gulf Oil Blowout Disaster; Gulf Oil Spill; Gulf Oil Spill Disaster; Gulf Shrimping Industry; Health, Add Tags
Add to My Group(s)
Go To Commenting
The views expressed herein are the sole responsibility of the author and do not necessarily reflect those of this website or its editors.

Angels of Mercy in the Oil Damaged Gulf

Hunting for Oil in the Muddy Waters of the Gulf Shore

BP to Feinberg: stop paying people so much

Fresh Oil Continues to Wash Ashore in the Bayou