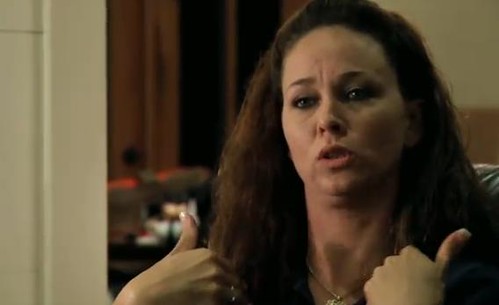 (Image by Unknown Owner)   Details   DMCA
Kindra Arnesen recently sat down with Project Gulf Impact to let the American people know that they need to "wake up" because "what's been done in the Gulf is going to eventually affect every single American citizen."
She urged Americans to take action and said, "This isn't just about the United States. This isn't just about the Gulf Coast. This is about a whole planet because one hand washes the other."
RAW STORY posted this video on their website. In their post, which features this video, RAW STORY described Arnesen as, "a South Louisiana mother who with BP's invitation toured areas devastated by the Macondo Well explosion." In touring the areas, Arnesen was exposed to chemicals or materials, which have produced negative health effects.


In the interview, Arnesen sounds desperate. She cannot come to terms with the reality that more Americans are not paying attention to the government or BP in the aftermath of the disaster. She cannot believe the people are letting the government get away with ignoring the health effects that are occurring (for example, she says one person has even laughed about complaints about health complications from the disaster). And, she cannot accept the reality that BP is going to end its cleanup and response efforts soon and totally abandon Gulf Coast citizens.


Watch the interview. What she has to say should move you to send this video around to your friends and family. It may even move you to do more than send a video.